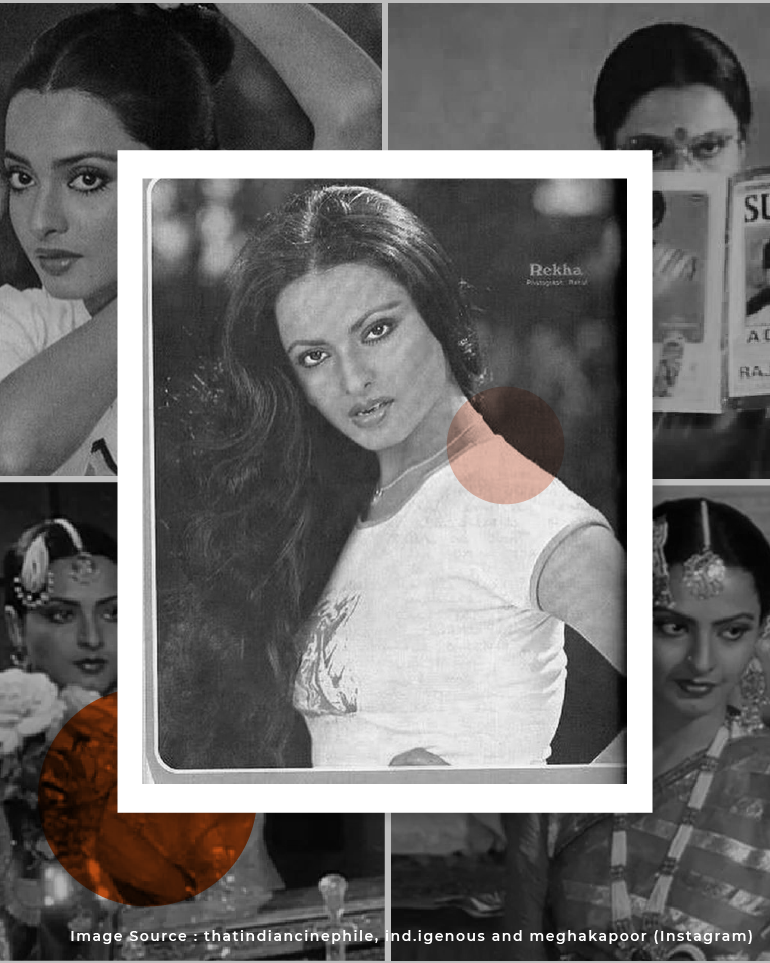 It’s Libra season, which means it’s officially ‘Queen Rekha Season’. While the world gushes over this majestic beauty, we too are serenaded by this enigma. Many say she’s a mystery– she is a seductive, deep-voiced actress one second, and the giggling girl next door in another.

Once called the “ugly duckling” of cinema, Bhanurekha turned the world of the silver screen upside down with her unparalleled acting skills and inescapable charm. She’s bold, she’s seductive, and she holds up her own.

From National Film Award to acting with the biggest stars in the industry, Rekha has never left the headlines. She is, and always was a showstopper.

From her unconventional roles in Umrao Jaan and Khoon Bhari Maang, to the most memorable ones in Silsila and Ghar, Rekha has been unafraid to take on challenges both on and off screen.

As the Khubsoorat actress turns 68 this month, we take a little walk down the memory lane and look back at some of her timeless pictures. Because honestly, it’s Queen Rekha’s world, and we’re just existing here.

1. When Queen Rekha entered the industry, she changed her name from Bhanurekha to fit in better.

2. "I just believe in relishing every moment of my life. That's just enough for me."

3. She starred opposite Amitabh Bachchan in Silsila in 1981. Her on-screen presence was widely compared to her off-screen persona.

4. She has graced the covers of many magazines and is still known for her unique fashion sense.

5. During an interview she said she was constantly compared to the leading heroines of her time. That is when she decided to "make it big on sheer merit".

6. An embodiment of confidence, the actress has time and again exemplified the power of self-love. True Queen, indeed.

8. She made the most of her sensuous self with a cameo in Parineeta. Kaisi paheli zindagani indeed.

10. The Kalyug actress has adopted a classic saree look for herself. Draped in 6 yards of elegance, she makes a quaint statement in every step.