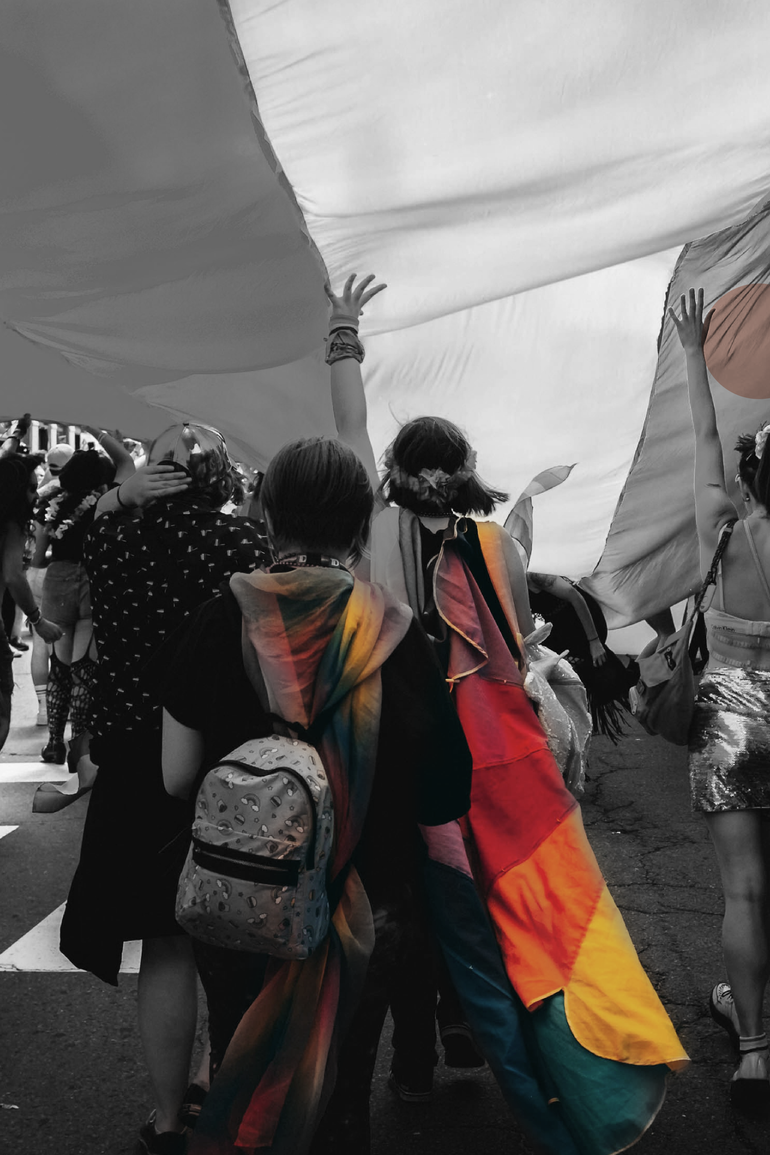 It’s June and Pride month is officially here! From bars and brands to fashion and flags, everything is coloured in the happy shades of Pride. The world is coming together to celebrate love, inclusivity, and acceptance, and we are here for it. The LGBTQ+ community is shattering stereotypes, breaking barriers, and redefining the world to claim a bigger space for themselves.

If I were to be heard, it should be celebrated every day. But why do we celebrate Pride in June?

If you’re on the internet a lot (who’s not!), you’ve probably heard of the Stonewall Uprising. Stonewall Inn, a popular gay bar in New York city’s West village was frequently raided by the police as a way of molesting and harassing the queer community. Since homosexuality was banned by the US constitution, there was no respite available to the patrons of the bar. When the bar was raided again on the morning of June 28, 1969, the police were encountered with what is now called the Stonewall Uprising. The riots went on for days and became a monumental part of the Gay Liberation Movement. The first official Pride parade was celebrated on the first anniversary of the riots in 1970, and the tradition has been flowing ever since.

Keeping the spirit alive, the world is celebrating Pride with great fervour. If you’re an exuberant ally or an enthusiastic member, here are some Pride events in India you cannot miss.

How to celebrate Pride month in India

If there’s any state that knows how to celebrate Pride month, it’s Chennai. Pride month celebrations begin in the month of May, usually with an inaugural ceremony, and go on till July. This year, Bharatnatyam classes were organised for transgender people to flag the beginning of the celebrations.

Panel discussions on suicide prevention (June 11) as well educative sessions on the legal rights of the community (June 12) are some of the upcoming highlights of the month. The community is all set to walk the most awaited Chennai Rainbow Pride Parade that is slated to happen on June 26. Like every year, Chennai Pride is bigger and brighter, and we can’t keep calm!

2. Pride Staycation at The Lalit

Looking to celebrate Pride in luxury? Nothing beats a relaxing vacation at a plush hotel. The Lalit Suri Hospitality Group has been very active and vocal in its support of the LGBTQ+ community. Whether it is hosting workshops to sensitise their guests or just a fun painting session to commemorate Pride month, this hotel chain is one of those rare organisations that don’t view Pride as a marketing model.

The Lalit hotels across the country offer a luxe Pride Staycation so you can celebrate love like never before. The stay includes free breakfast, Pride cookies, and discounts on spa bookings and beverages.

Ever seen a movie scene with a mela and wondered where you could find one in your metropolitan city? FC Road SOCIAL is making your dreams come true. Mark your calendars for June 12, for Pune’s very own flea market, Satrangi Mela, is not to be missed.

The market will not only feature up and coming LGBTQ+ entrepreneurs, artists, and musicians, but will also be a treat for your taste buds. Here’s a pro tip: If you want free entry, make sure you reach the venue before 5!

The Lalit Ashoka’s Kitty Ko has witnessed the most gorgeous nights in the city. And when it comes to Pride month, Bengaluru’s favourite club is the place to be. The club that has launched an array of magnificent drag artists over the years will witness the coming home of Betta Naan Stop on June 17. The event is a part of drag queen Prateek Sachdeva’s The Naan Stop Tour.

The club also has a Kitty Hunt – a flagship talent event where drag artists from across the country come together to showcase their talent.

Gujarat’s Vadodara is celebrating Pride month in full swing, that too for the first time ever! With events spaced throughout the month, the celebrations are a collective effort undertaken by several organisations to promote inclusivity and interaction among members and non-members. The celebrations were flagged off with Pride Ride on June 4, and are followed by an event called Pride Performances at Eva Mall on June 12.

The city will also host a Queer Fashion Show at Parul University, and a one-of-its-kind Prom Night will mark the closure of the celebrations. The concept of bringing these events to malls and universities is created to sensitise a greater mass of people to the plight of the LGBTQI+ community in the city.

Looking to kick back with a quiet evening at home? Leeds LGBTQ+ Community Consortium’s online LGBTQ+ Poetry Club is exactly what you need! The virtual event is a way of promoting the feeling of inclusion among the older, isolated, or disabled members of the LGBTQ+ community who find themselves feeling left out. The event is open to writers as well as audience; you can recite what your muse makes you say, or simply enjoy the beautiful pieces the poets have to share.

If you start looking for LGBTQ+ friendly cafes in Bangalore, Chaiffee Cafe will definitely make the cut. The neighbourhood cafe is hosting a Bollywood Quiz Night as a part of their Pride Month Specials, and we’re all welcome to participate. Take a friend or two and make your best shot; there’s a food voucher worth ₹1000 if you can prove yourself as the absolute Bollywood freak you think you are.

If the day is about protests and parades, the night belongs to Kitty Su’s Pride parties. One of the most inclusive nightclubs in the country, Kitty Su is hosting more than just a fair share of events to celebrate Pride. Kitty Su is all set to host Purrr’ide Party at the Lalit, New Delhi on June 10. From Rani ko He Nur to Lush Monsoon, everyone is making an appearance at what will be the most happening night in the city.

If you’re not in Delhi, Kitty Su Kolkata’s Pink Party is not one that you can miss! Cue FOMO.

The Gay Gaze Bombay is hosting GENERATION Q as an ode to Pride month 2022. The festival will entail a series of events, Pride Karaoke and Queer Marketplace being the most happening of them. The fun-filled night (or gin-filled night as they’re calling it) will be held at The Den, Bandra on June 12.

If the prospect of celebrating the LGBTQ+ community with a pop of music does not entice you, there’s also tarot readings and stick n poke tattoos to catch your eye.

Since Pride month is celebrated with a great pop and show every year, there are some events that none of us can afford to miss. If you’re looking to add some events to your bucket list for next year, consider these:

If there is a cause worth advocating, you can count DU in. The University has witnessed scores of protests, walks, parades, celebrations, and events through the years. So, when it comes to celebrating Pride, the LGBTQ+ community does not shy away. The Students Federation of India (SFI) organised a Pride March at Arts Faculty North Campus on June 1. Members, as well as allies from across colleges, rallied the cause of the queer community.

With rainbow-painted faces and happy smiles, the banner-wielding students showed the city how to celebrate Pride the way it deserves to be celebrated.

Good cinema can change the lives of a thousand people. In a country like India where films are more than just about entertainment (we also seek inspiration, empowerment, and education), a queer film festival becomes almost essential. The Kashish Mumbai International Queer Film Festival is all about harnessing the power of movies to reach out to, sensitise, and include people in queer stories that remain untold. The festival brings together LGBTQ+ movies from across the globe to celebrate diversity.

The 13th edition of the festival took place in Mumbai from June 1 to June 5. Bollywood movie Badhaai Do also made it to the big screen.

Some of the most heart-warming stories about the LGBTQ+ community are about parents and grandparents supporting their queer kids. The 10th edition of the Pune Pride Parade was a witness to that. While the Pune Pride Parade returned after two years, the huge numbers in which people turned up more than made up for it. This year’s theme, ‘Marriage Rights for All’ was widely welcomed. From members to allies, the rainbow theme serenaded everyone alike.

While the LGBTQ+ community is going all out in their celebration of Pride, it’s important to understand that this month is more than just about parades and flags to the Queer community. It is about accepting and acknowledging their unique identity, and being out and about with it. It is about creating awareness, shunning prejudice, and hushing the quiet all around. 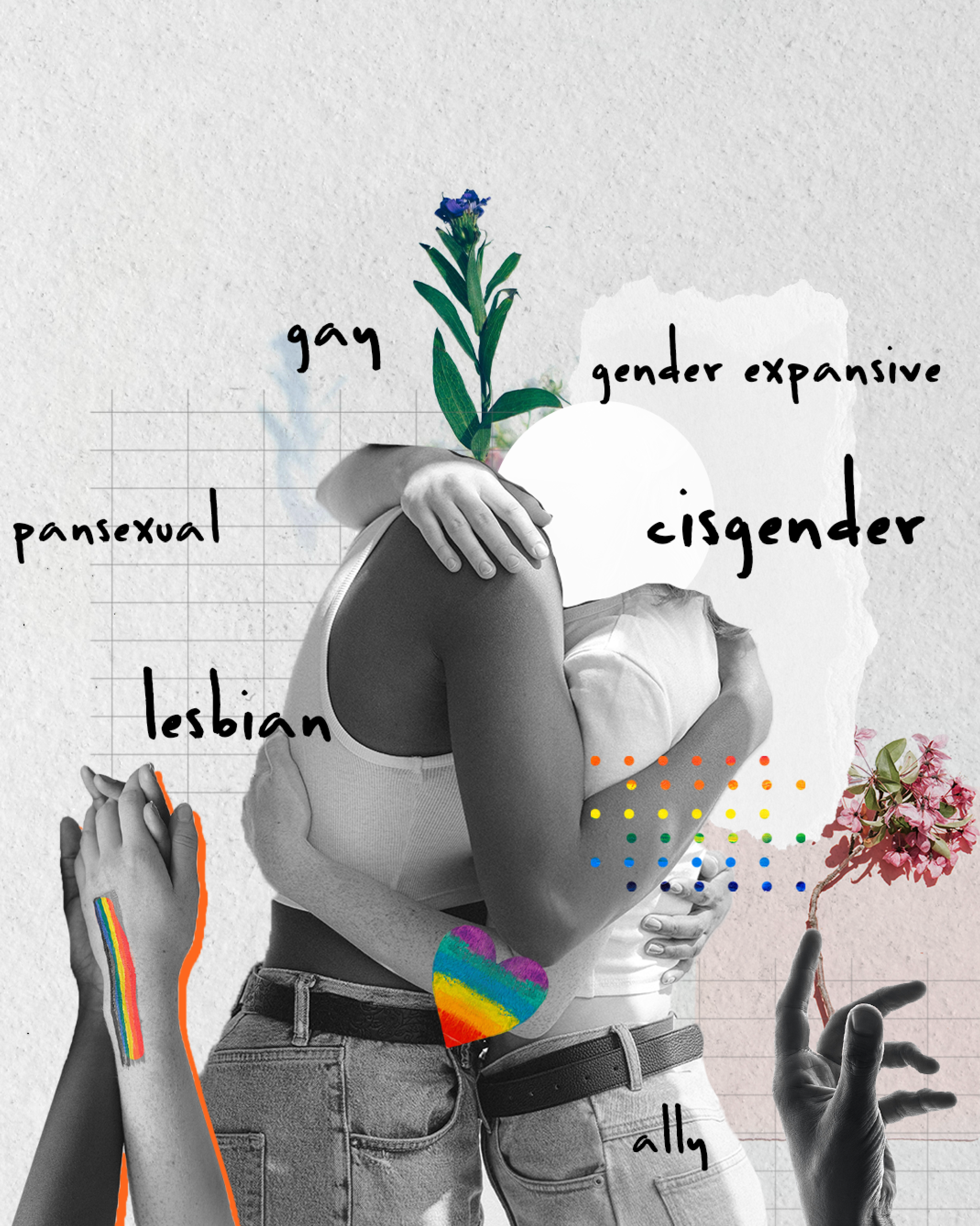 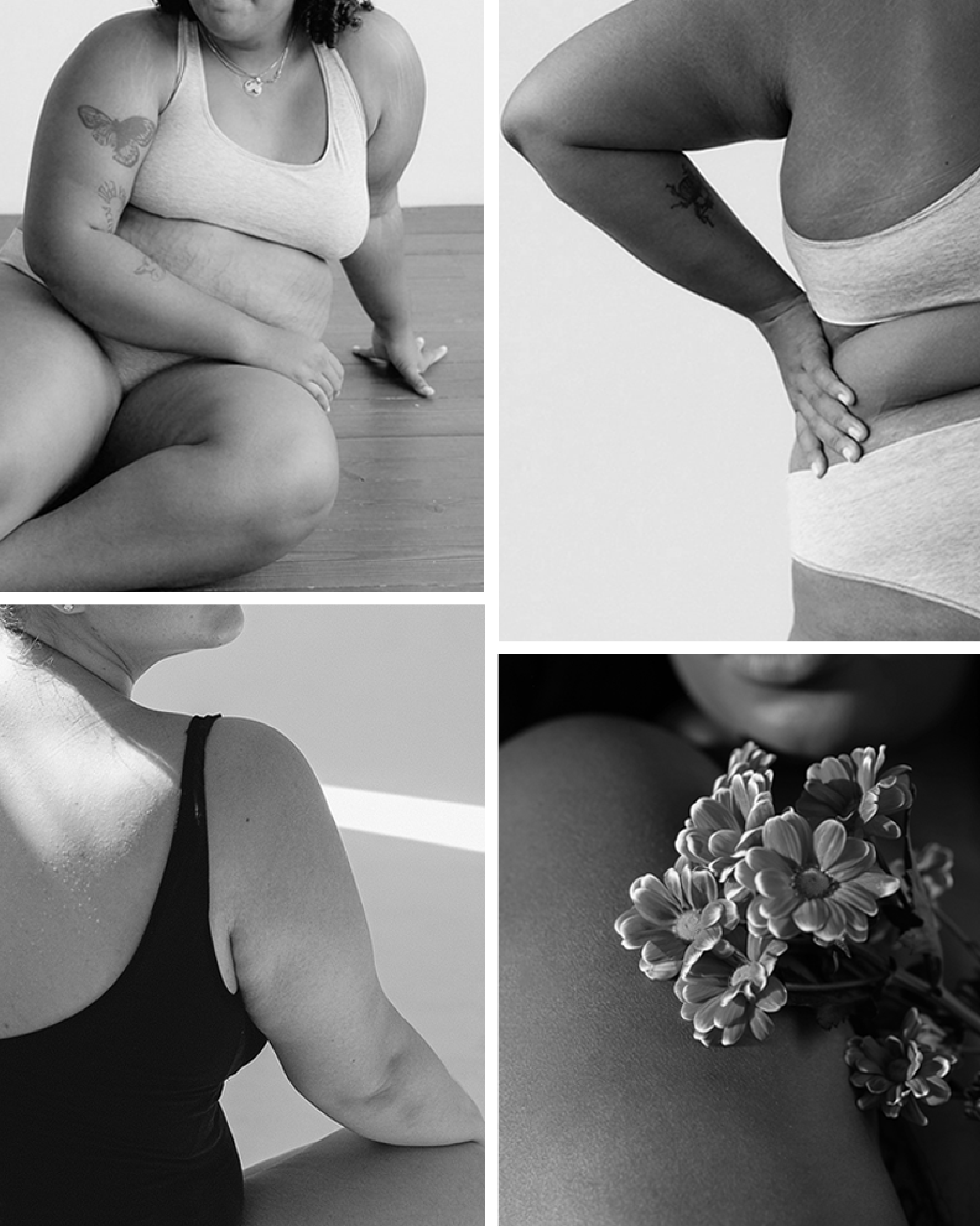 “Moti hai lekin sundar hai”: The love-hate equation I have with my body 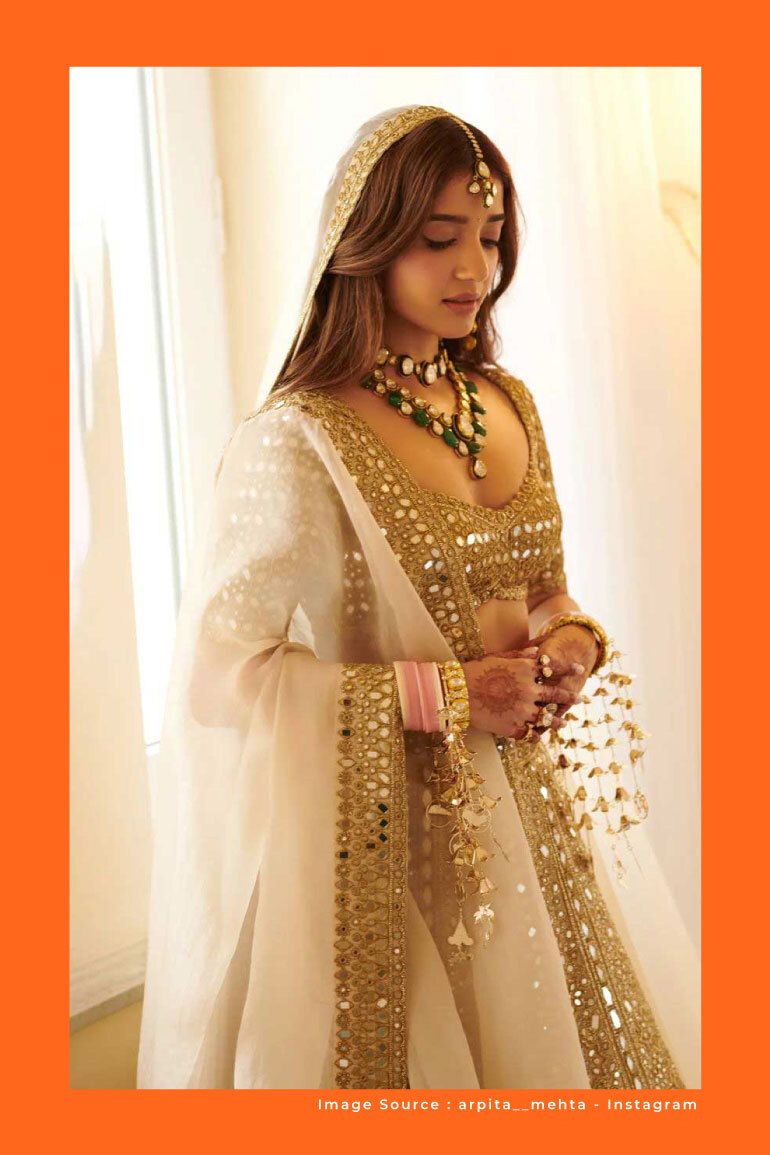 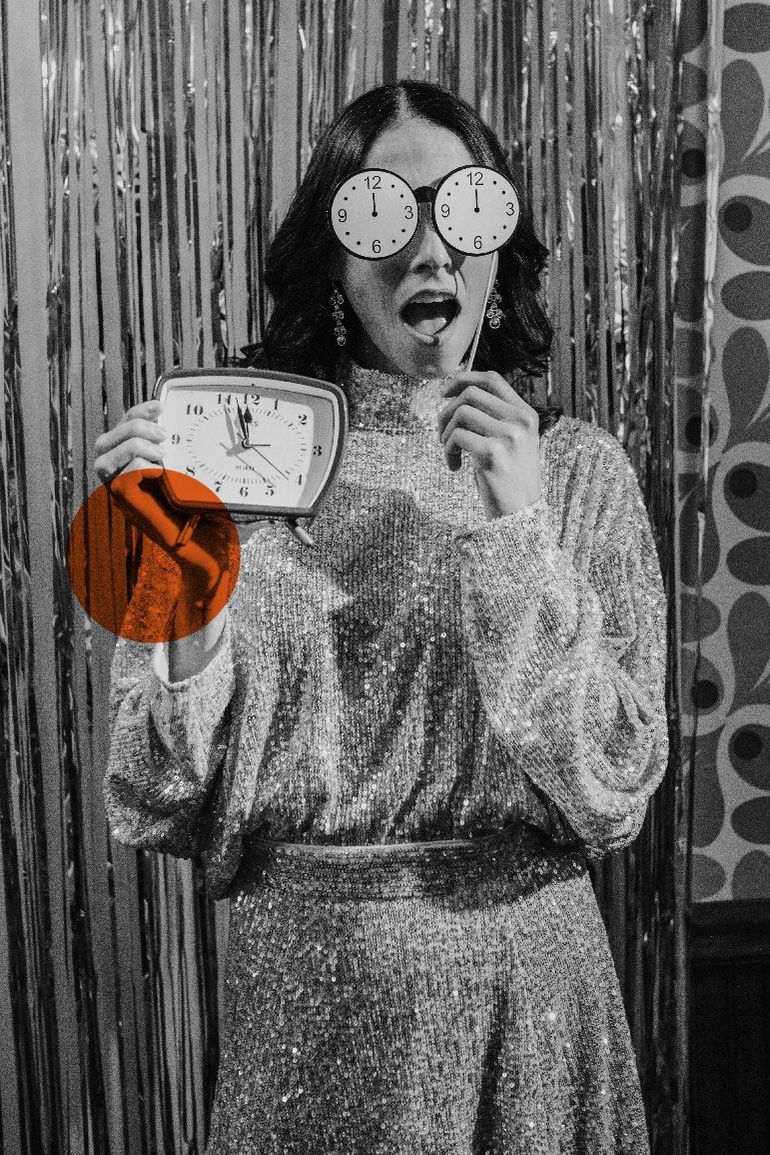 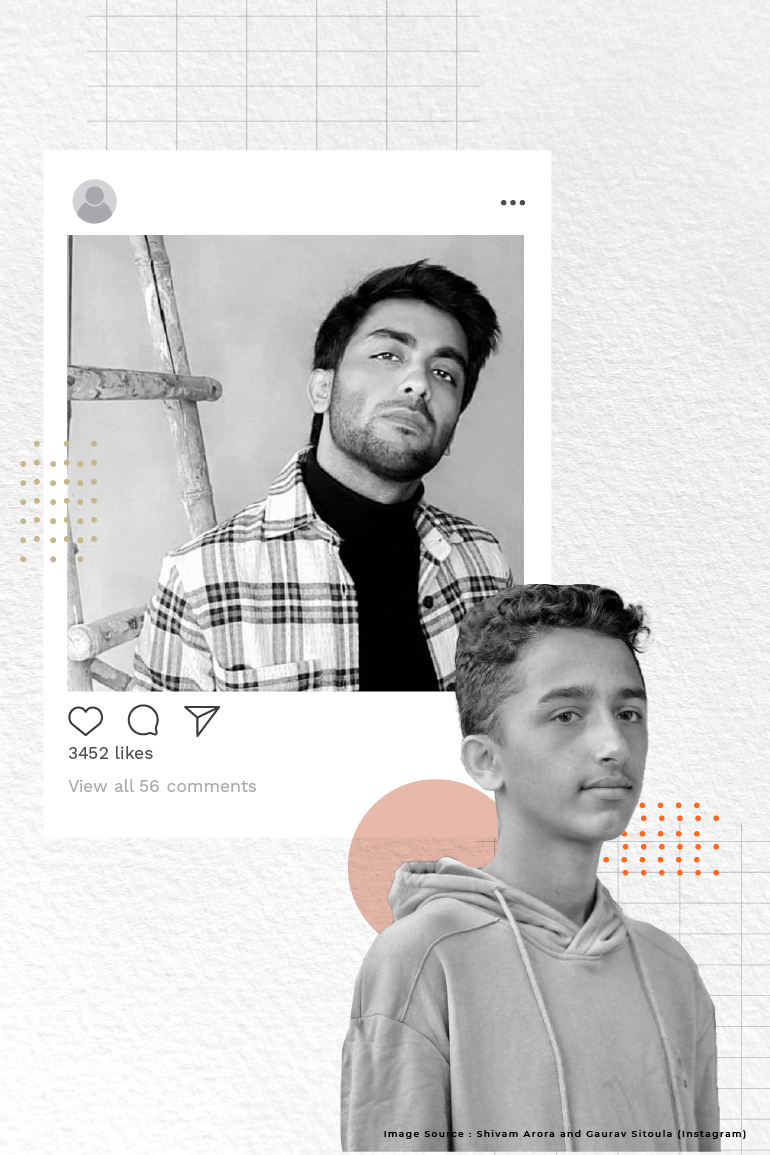 Masculine men like Gaurav and Shivam are making society “uncomfortable”