7 career lessons I learnt from ‘The Devil Wears Prada’ 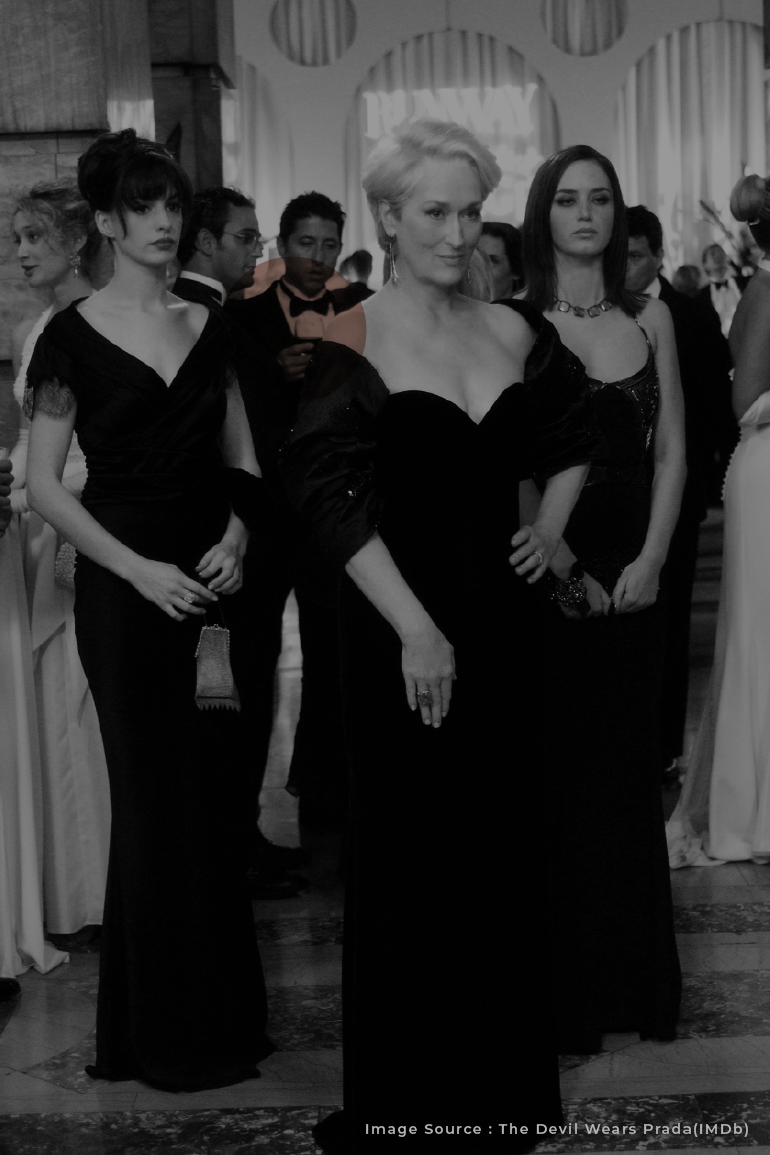 On the 16th anniversary of ‘The Devil Wears Prada’, I reflect upon the career lessons that lay behind the montages of shiny shoes, designer clothes, and the glam life.

When I first watched The Devil Wears Prada at the age of 15, I was bewitched by the alluring sights of the (fictional) world of fashion in New York City. The queaky clean offices within skyscrapers, coffee and bagel breakfast runs, flowy overcoats and scarves, board meetings that involved rejecting designer outfits, and being too busy to grab a nutritious lunch.

The film is pop culture gold, full of iconic dialogues, glitz and glam, and an ensemble cast. But ‘The Devil Wears Prada’ is also a minefield of career lessons for every fresher eager to kick start their career and the message is clear: when you start out in your career, you might face some workplace struggles; what counts is the discovery of knowing who you are and what makes you unique, and owning it!

If you have missed out on watching this iconic film, here’s a summary to intrigue you!

Based on a novel by Lauren Weisberger, the film is the story of Andrea “Andy” Sachs (played by Anne Hathaway), a college graduate struggling to find a job as a journalist. Andy lands an interview for the role of an assistant to Miranda Priestly (Meryl Streep), the brilliant but terrifying editor-in-chief of a high-end fashion magazine, Runway. Andy faces multiple hardships and challenges as she navigates a cut-throat industry she knows nothing about while dealing with a boss who is nothing short of a nightmare.

The film came out in June 2006 and has been a relatable work of fiction for ambitious young women everywhere.

On the film’s 16th anniversary, I’m sharing some career lessons I learnt from The Devil Wears Prada.

1. You may have to take an entry-level job you don’t like

Aiming for your dream job from the get-go? Well, prepare to be disappointed. Andy, a journalism graduate, dreams of working for a magazine or newspaper as a writer, but she is compelled to take up the job as Miranda’s assistant after a failed job search, because it pays.

It isn’t always possible to bag a great role with a great compensation package and a great boss right at the start of your career.

It’s a good idea to be practical and accept a job that ticks off at least 60% of your ‘dream job’ checklist. All experience counts; there’s no way to go from there but up!

2. Always do your homework before you apply for a job

I am afraid to admit that because of my anxiety, I have, in the past, forgotten the name of my recruiter mid-conversation. Granted that Andy didn’t know who she was interviewing for, I felt strong second-hand embarrassment for her when she walked into Miranda’s office and admitted she had no idea who she was, and that she had never heard of Runway!

This is an important lesson: always read up about the company before you appear for an interview.

Know about the company’s existing verticals, vision, and areas of focus. A recruiter will not consider your application if you have no idea what the company does!

3. Being a pioneer is not an excuse to be a toxic boss

Miranda Priestly was a sought-after figure in the fashion industry, and Andy was told time and again that ‘a million girls would kill’ to have her job. This was used to justify Miranda’s toxic behaviour towards her employees.

She was rude, disrespectful, demanding, and did not care for her assistants’ work-life balance ﹘ all of which was deemed acceptable because she was a pioneer in her field!

The film exemplifies what a toxic boss looks like and how they can make work hell for their employees. Though Andy was forced to stick it out, some of us do have the option to remove ourselves from a situation like this in the course of our careers. If you have a boss like this, run!

Though Nigel (played by Stanley Tucci) had no interest in helping Andy during her first few weeks at Runway, she turned to him in times of trouble because he was close to Miranda.

She leveraged his closeness with Miranda to understand her better, so she could impress her.

It’s important to have work friends ﹘ especially in a toxic work environment ﹘  as they can help you breeze through rough days. Emily (played by Emily Blunt), on the other hand, did not dare to form a close relationship with Andy or anyone else at the magazine, which was partly the reason why she felt blindsided when Andy was chosen to accompany Miranda to Paris.

5. Don’t change yourself to ‘fit in’ at work

Andy was seen as a less-than-ideal candidate to be Miranda’s assistant because of her dressing sense; she had to change her demeanour and put more effort into her style in order for Miranda to take notice. That’s where the audience gets the wrong message.

Andy was a competent assistant regardless of how she dressed; she just didn’t ‘look’ the part. Emily, the ‘first’ assistant, came to work doe-eyed every day and gambled on her health to be able to access opportunities in the industry. Andy had to gradually adjust to Miranda’s expectations because that was the only way she could get ahead.

Her workplace forced her to change who she was to fit in, propagating a toxic work culture.

The lesson here is clear: Your workplace shouldn’t force you to alter your physical appearance for you to be taken seriously.

Andy’s friends and boyfriend are the most debated characters in the film, in that they were less than supportive of her when she was stuck in a toxic workplace.

They dismissed her complaints about her boss, played around with her work phone, and refused to let her answer work calls.

Not to mention, they made her feel guilty for missing her boyfriend Nate’s birthday party, and judged her for changing herself in order to move ahead in her career. A big lesson here is that your loved ones should be able to empathise with you if you’re stuck in a work situation you can’t get out of.

It is expected that Andy’s friends would be concerned about her changing attitude, but they provided no solutions and only gave her grief for it. In a parallel world, they would have helped her find a suitable job while she stuck it out with her nightmare of a boss.

7. The glass ceiling is real, but you can help break it

I’m not sure if I was the only one who noticed this, but only the male characters (barring Nigel) remarked that Miranda was a nightmare to work with. This is a great example of how women leaders are perceived by most people.

Miranda’s crumbling marriage ﹘  which was revealed in the climax ﹘ was a personal matter, but Miranda knew well that the tabloids would twist it and attribute it to her attitude. This does not take away from the fact that Miranda is a toxic boss; it simply gives us an insight into how hard women have to fight to stay relevant in their field and to be taken seriously. Women are expected to be ‘nice’, and Miranda’s coldness, which fuelled her success, cut through the trope.

Though in an unfavourable way, Andy gets a chance to watch an important, established woman work hard to be taken seriously, which encourages her to choose her own path – an impressive leadership lesson from The Devil Wears Prada.

A fun fact for Myers-Briggs fans: Miranda Priestly displays the traits of an ENTJ, or The Commander of the 16 personality types on the Myers-Briggs Type Indicator (MBTI) scale!

This story ﹘ with its iconic dialogues and cast ﹘ has provided us with more than just entertainment. ‘The Devil Wears Prada’ has given us career lessons we can take with us wherever we go.

It’s only fitting that I conclude this piece with one of the most iconic The Devil Wears Prada quotes: “That’s all.”

The Devil Wears Prada is available to watch on Disney+Hotstar. 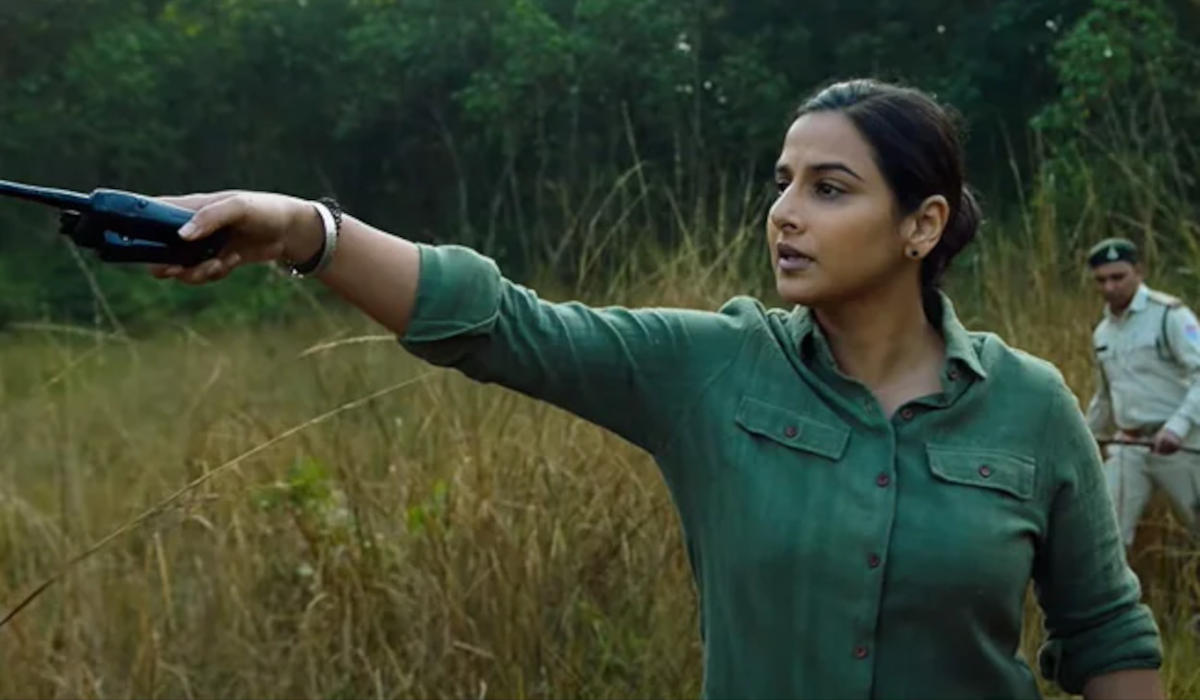 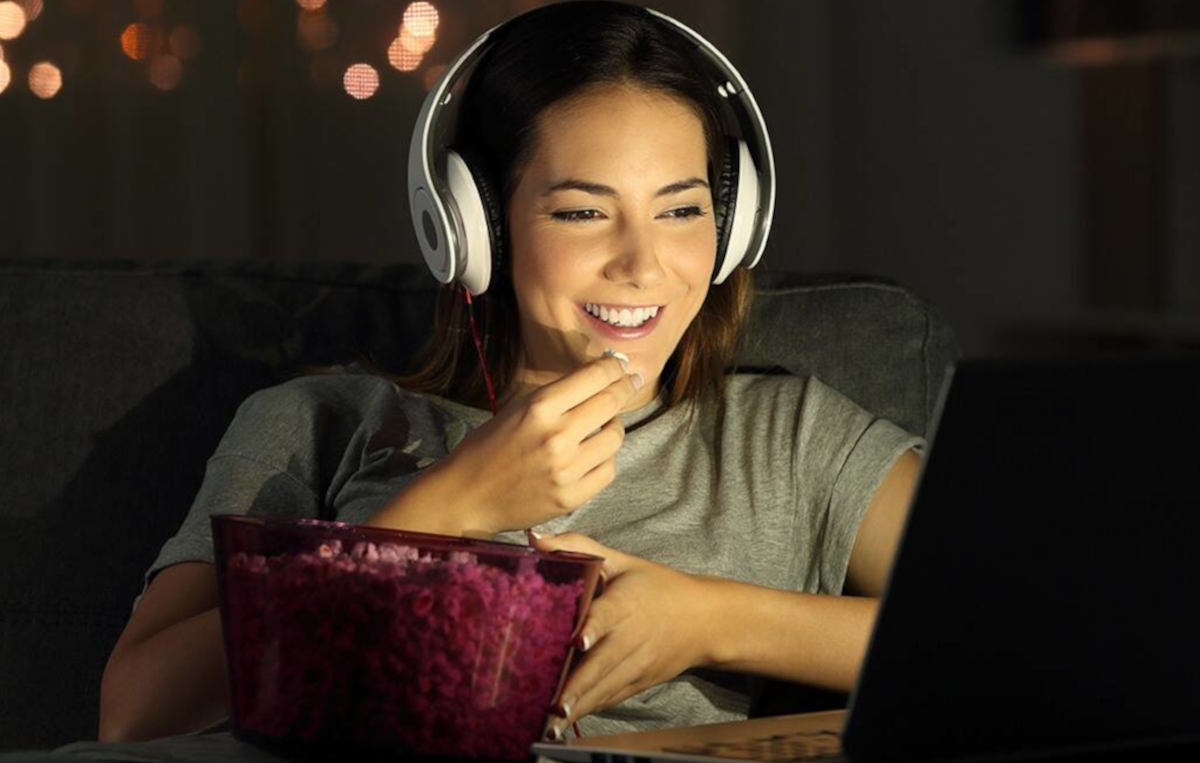