9 empowering feminist quotes that will help you own your potential 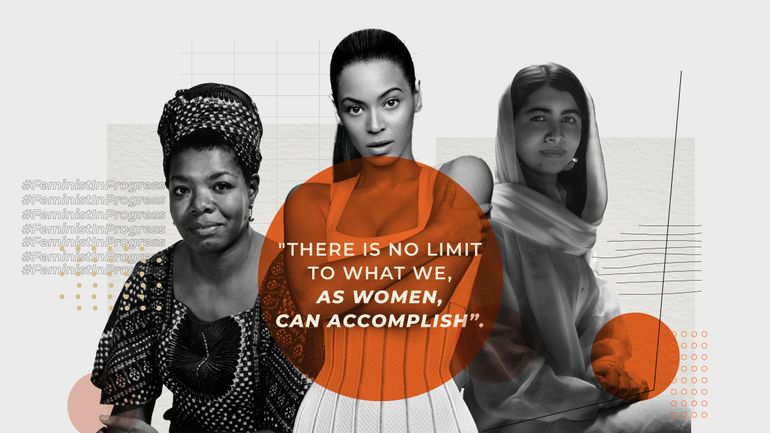 In Kool Kanya’s theme of the month ﹘ Feminist In Progress – we decode the nitty-gritties of practising feminism laden with imperfections.

There’s a lot of talk around the F-word that matters immensely today ﹘ feminism. However, very rarely do we see the crux of feminism float up. This word cannot be contained in a definition, because there isn’t one. Being a feminist is to empower yourself ﹘ and the women around you ﹘ to stand up for their rights. So if you feel like you could do with some motivation today, here are some words of wisdom from inspiring women leaders and feminist icons.

Feminism is about understanding your potential, working towards it, and owning it. it’s about overcoming society’s obstacles and moving forward,

Feminism is a constantly evolving journey and a work in progress. It is about understanding and valuing your true potential, and working towards owning it.

Before you proceed to read some empowering feminist quotes that help you acknowledge and own your potential, here’s a simplified meaning of what it stands for:

‘Feminism at its core is about equality of men and women. It is the belief that men and women should have equal social, political, and economic rights and opportunities’.

Feminism encourages one to overcome society’s hurdles, move forward, and carve a niche. Here are some inspiring quotes on feminism, by women leaders from different walks of life, that will help us look at this word (and journey) from a new lens.

“I raise my voice, not so that I can shout, but so that those without a voice can be heard. We cannot all succeed when half of us are held back”.

This quote by Malala Yousafzai is as apt as it could ever be. When you raise your voice, you encourage others to come forward and speak their mind unabashedly. When you speak up, you’re also speaking for the women who, for any reason, cannot. Being a feminist can also look like supporting others who cannot stand up for themselves.

“Feminism isn’t about making women stronger. Women are already strong, it’s about changing the way the world perceives that strength.”

Here’s a truth bomb of a feminist quote by G.D. Anderson. We cannot get on a mission to make women strong when they already are. What we can do is make them realise that they’re strong and capable, while also making sure that those around them recognise that strength and potential in them and encourage them to fulfill their dreams.

“I love to see a young girl go out and grab the world by the lapels. Life’s a bitch. You’ve got to go out and kick ass”.

With harmful stereotypes and thick conditioning that has taught women to be confined to the kitchen, watching a girl go out and prove her mettle in this world is rare, and definitely a sight to behold. A feminist stands up, goes out, and grabs what is rightfully theirs.

“A feminist is anyone who recognizes the equality and full humanity of women and men”.

As rightly put by Gloria Steinem, feminism is all about equality of the sexes, not a competition to outdo each other. Feminism allows and enables us to recognise the hurdles, vulnerabilities, and power that a human being holds by the virtue of being a woman, a man, or a non-binary or trans person. It encourages us to collaborate and not compete.

“There is no limit to what we, as women, can accomplish”.

And never let anyone tell you otherwise. We’re often made to believe that certain professions are out of bounds for us because of our gender (for instance, making a career in cyber security, mountaineering, or even working night shifts ), but these limitations are only created by those who see women as inherently weak, domestic creatures. As Michelle Obama’s feminist quote says, there is really no limit to what we can accomplish.

“The more I have spoken about feminism, the more I have realized that fighting for women’s rights has too often become synonymous with man-hating. If there is one thing I know for certain, it is that this has to stop”.

A feminist fights for equal rights, and ﹘ contrary to popular belief ﹘  isn’t a man-hater. Feminism was always about fighting the good fight to carve a place for oneself. It is the equality of sexes, not alienating or bad-mouthing the opposite sex.

To practice feminism is to create an environment that allows women, trans and non-binary people, and men to get the same opportunities.

“Women belong in all places where decisions are being made. It shouldn’t be that women are the exception”.

The next time you feel alienated in that office meeting, or feel like your team isn’t paying heed to your opinions or allowing you to speak enough, raise your voice. The next time your spouse says that you cannot have a say in family planning, tell them that you have the right to decide too. Because you belong everywhere and your decisions must be valued and seen.

“Women are leaders everywhere you look—from the CEO who runs a Fortune 500 company to the housewife who raises her children and heads her household. Our country was built by strong women, and we will continue to break down walls and defy stereotypes.”

What a woman does or chooses to do is purely her decision.

Choosing to be a housewife does not make a woman less of a feminist, and working at a Fortune 500 company does not make her more of a feminist. A housewife performs labour that remains unpaid, and that is why her role is often taken for granted. It continues to remain unvalued.

Every woman must be respected for her individual choice because they’re strong enough to make a decision and tackle its consequences as well.

“We need to reshape our own perception of how we view ourselves. We have to step up as women and take the lead.”

We’re conditioned to believe that women aren’t supposed to take up space in a male-dominated society. However, as Beyonce rightly puts, we need to start being our own cheerleader and work towards our own dreams.

Nobody can stop a woman who wants to step up and take the lead.

Feminism looks good on everyone. And even though it holds different meanings for different people, the word implies equality in its truest sense. And these empowering quotes by iconic female leaders reinforce our belief in things we want to achieve, words we want to speak, activities we want to do, without being answerable to anyone, as women. Because we are not a minority, and we want equality.

Bookmark these powerful feminist quotes for times when you need some inspiration. Do you know of more empowering quotes like these? Share them with us in the comments below! Quiz: Which Iconic Woman In History Should You Take Advice From? 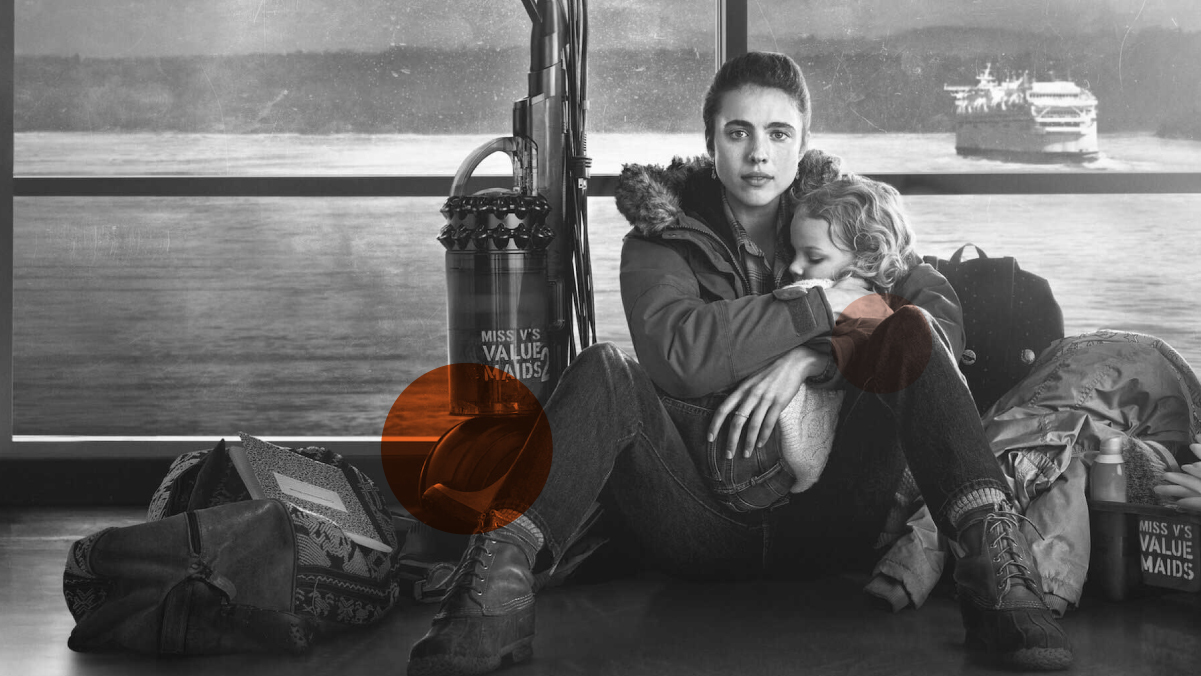 ‘Maid’ review: of abuse, sexism, and a single mom’s will to survive 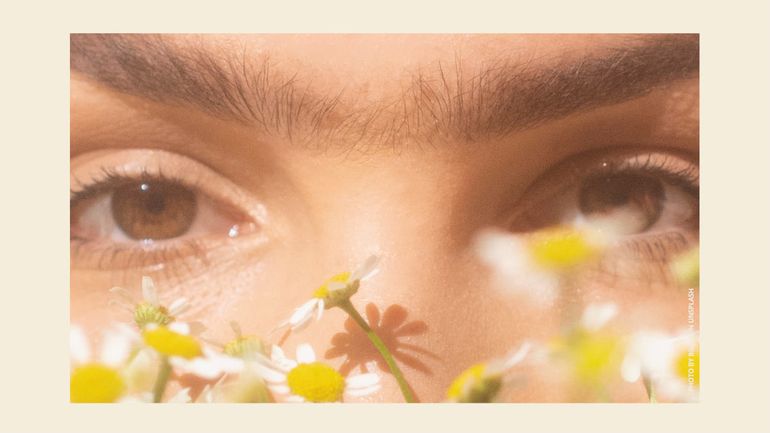