Just like Sushmita Sen in Aarya, here’s how women in family businesses are coming into their own.

Recently, Roshni Nadar Malhotra took over as the chairperson of the $9.9 billion HCL Corporation, a company that her father Shiv Nadar founded in 1976. This makes Roshni the first woman to head any listed Indian IT services company. Not just that, Roshni is also the wealthiest woman in the country, according to the 2019 Hurun Rich List. While this may raise eyebrows and perhaps even garner some scrutiny, we see a welcome change here.

With the release of the popular Disney+ Hotstar show, Aarya, aptly featuring the audacious Sushmita Sen, I turned to Niti Shah, who someday intends to embody the custodian character. Niti’s family business, Suchi Gems, based in Mumbai, has been a flourishing company that has been trading and semi-manufacturing solitaires for over 48 years now. Its owner and Niti’s father, Nilesh Shah, binged-watched the show Aarya.

Soon after completing the show, he walked into Niti’s room and said, “You are Aarya”. Niti has been involved in the family business for three years now, an enterprise that is completely dominated by men. And although Aarya is over-dramatised and far from reality, Niti could definitely draw parallels with her life.

Three out of four women in India, over the age of 15, are neither working nor seeking employment

A study published in 2019 reveals that

although India is experiencing a decline in the participation of female labour force, green shoots are visible in Indian family businesses.

In these rather desolate times, we are seeing an increase in the participation of women in their family business. The study highlights how rising levels of awareness and education, along with the shrinking sizes of families, is leading to women occupying positions of leadership in Indian family businesses.

Family businesses are, undeniably, based on the idea of furthering your own family’s interests. ISB’s 2019 study on Redefining the Role of Women in Indian Family Businesses points out how

the participation of daughters-in-law in the family business is also increasing.

To understand this better, I also talked to Ira Jain, who heads sustainability and marketing at the 40-year-old Velcord Textiles, a company that her father-in-law founded. Velcord Textiles is an established family business, and Ira has managed to occupy a position of power in the business. Ira is dedicated, driven and focussed on furthering the goals of the company.

The Becoming of Aarya

Aarya features a female protagonist, and carefully documents the process of a woman becoming a leader of an infamous family business. Ten minutes into the beginning of the show, you realise that its creators Ram Madhvani and Sandeep Modi have furthered the conversation of women in leadership.

Aarya roams around the house with ownership in her stride and fluidity in her action—she is certain of the tasks that lay ahead of her. When she embraces her children, she takes them under her wing with a sense of dominance and protectiveness. Gradually and systematically she becomes a “lady don”. The beige, indo-western pant-suits, large sun-glasses, small tote bag, phone in her hand, and a very in-your-face trope of driving a luxury SUV car—all establish her rise to power, the extent of control and her status as a leader.

Although she is seen imitating the actions of her husband, Aarya isn’t succumbing to the stereotypical hyper-masculine idea of a leader.

In my analysis, Aarya made her role truly her own—she occasionally emulates a masculine leader by playing the role of a patriarch, but also has her identity preserved beneath it.

The Becoming of Niti and Ira

I spoke to Niti and Ira to get a real-life picture of the roles of women in family businesses.

They both are the first women from their families to be involved in the business, and they are determined to prove their competence.

Here are a few steps to help you find your own unique path and elevate your family business career:

Upskill: Kinship gets you in the door, but doesn’t compensate for expertise

In our long conversation, Niti, the young diamantaire spoke about her first milestone as a diamond trading employee. She took a course in Diamond Planning and Marking at the SRK Institute of Diamonds, a premier institute for studying diamonds in India.

Her challenges started even before she enrolled for the course as they were not ready to accept a female candidate.

When she graduated, she was the first woman to learn diamond polishing at this institute. “It’s one of the achievements that my father is most proud of”, Niti said.

Ira Jain, on the other hand, studied Human Factors Engineering and Ergonomics from the Virginia Polytechnic Institute in the USA and worked at Motorola. The field of Ergonomics—a marriage of design and psychological processes—was her niche.

An ally is someone who will speak on your behalf and push you forward at the workplace. Allies are important when entering pre-existing structures, like family businesses.

Ira remarked that the drive with which she sees her father-in-law work is inspiring. In many ways, she looks up to him.

On Niti’s side, it has been established that she is highly driven. In our conversation, she revealed that she has marked more profits than anyone from her generation in the business.

The person she credits her success to is her father, who has stood by her, as an ally, shielding her and listening to her successes and failures. Niti mirrors her father.

Despite co-workers who are surprised to see a woman in the office, her father has chosen to guarantee her participation and share in the family business.

In Aarya too, we see Daulat (Sikander Kher), who stands by Aarya like a hawk. He is seen constantly aiding her and helping her execute her strategies. Through the entire series, he is the only man Aarya trusts completely. If it wasn’t for Daulat, she wouldn’t have been able to achieve all that she did.

Sexism will be rampant, but work towards fighting it

When working in a family business, there is hardly any difference between the dining table at home and the conference table in the office. And Niti faces sexism every day, especially because she hails from a community that is infamous for furthering stereotypical gender roles. The sexism, however, is inherent and becomes apparent right from the doorstep of the office.

“The sexism is in the glances and the looks you get when you enter a room. There is hesitation from seniors when I volunteer to take up responsibility.” – Niti Shah

Let the numbers do the talking for you

Ira’s case was a little different. Although she is the first woman in her family business, there is hardly any sexism that she faced—something that was in stark contrast with Niti’s case. She was treated like any other employee would have and her company fostered a democratic environment.

The real change in how she was perceived, however, came about when her efforts started bringing up the sales.

Use the flexibility to make Work-Life “Balance” work for you

One important impetus for Ira taking up a role in her family’s office was having her baby. Transitioning to working in the family business was a welcome change. “Let’s figure what you can do”, said her husband when she decided to work there. Resuming work after having a child was a gradual process for her. She began going to the office twice every week and then increased it to every alternate day until she joined full-time.

One of the obvious advantages of working in a family business, Ira noted, was the amount of flexibility she could command and the discipline that she wished to set for herself.

One quality of Aarya that Niti resonated with are the managerial skills—evident not only at work but also in her everyday. Niti opened up to me about how she is taken seriously at home. People listen to her and don’t belittle her because of her age. We particularly talked about a scene from Aarya that stood out to her.

In the first episode, Aarya realises that her husband, Tej (Chandrachur Singh) is murdered. Her first instinct is to spring into action. Aarya is holding Tej’s head on her lap as they’re driving to the hospital. She is making calls to her father asking him to arrange an emergency room and even informs him that they’ll need blood. Here, she specifies his blood group. Mind you, Aarya’s husband has just been shot, and she is seen taking the most rational steps.

This rationality and quick thinking is just the beginning of unleashing the leader in Aarya.

Have strong morals and principles

Ira has been instrumental in working on honing the sustainability aspect of the company. “What is good for the environment is also going to be good for the business”, she says. Bringing down the carbon and the water footprint is their constant goal.

As opposed to a startup, a family business has values that are etched in stone. For Niti’s family, it is discipline and being ethical. As rebellious as she would like to be, these values are an intrinsic part of her. They govern her principles, be it at work, or in everyday life.

“There is a reason why my father has named me ‘Niti’.”, she says. It is the Sanskrit word which stands for ‘management’ or ‘moral code’. Since the inception of the company, Niti explained how they have never delayed any payments and always strived to maintain a healthy competition with their rivals in the business.

Another study showed how women’s access to organisational power helps undo the gendered practices in an organisation. Organisations that have women on their corporate boards of directors, corporate executives, and workplace managers resulted in less workplace gender segregation. This stands true even in Niti’s case, as she looks forward to the launch of her business which will be a new vertical in her existing family business. She intends to recruit a team consisting solely of women and has even convinced her mother to step in.

Journalist Raihana Maqbool posted this photo from Srinagar’s Maisuma in Lal Chowk, featuring the title, “Javed Sheikh and Daughters”. Not Sons, or Brothers, but Daughters. The name may not change anything for the business. But this name shows the story of a resilient father normalising running a business while navigating through the framework of patriarchy that Indian family businesses were previously ridden in.

Family businesses present a versatile setup to nurture female leaders. Although kinship is a definitive presupposition to working in the higher levels of the organisation, we are seeing an important transition here. Roshni, Niti and Ira all belong to the frontlines of the group which is garnering attention towards women leadership.

The real question still remains: Are women holding leadership positions in the family businesses helping increase access for other women? 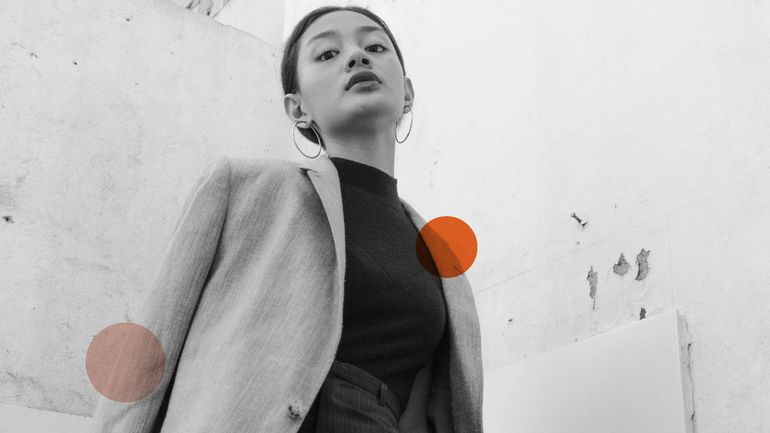