Amber Heard, Johnny Depp, and the perils of meme culture 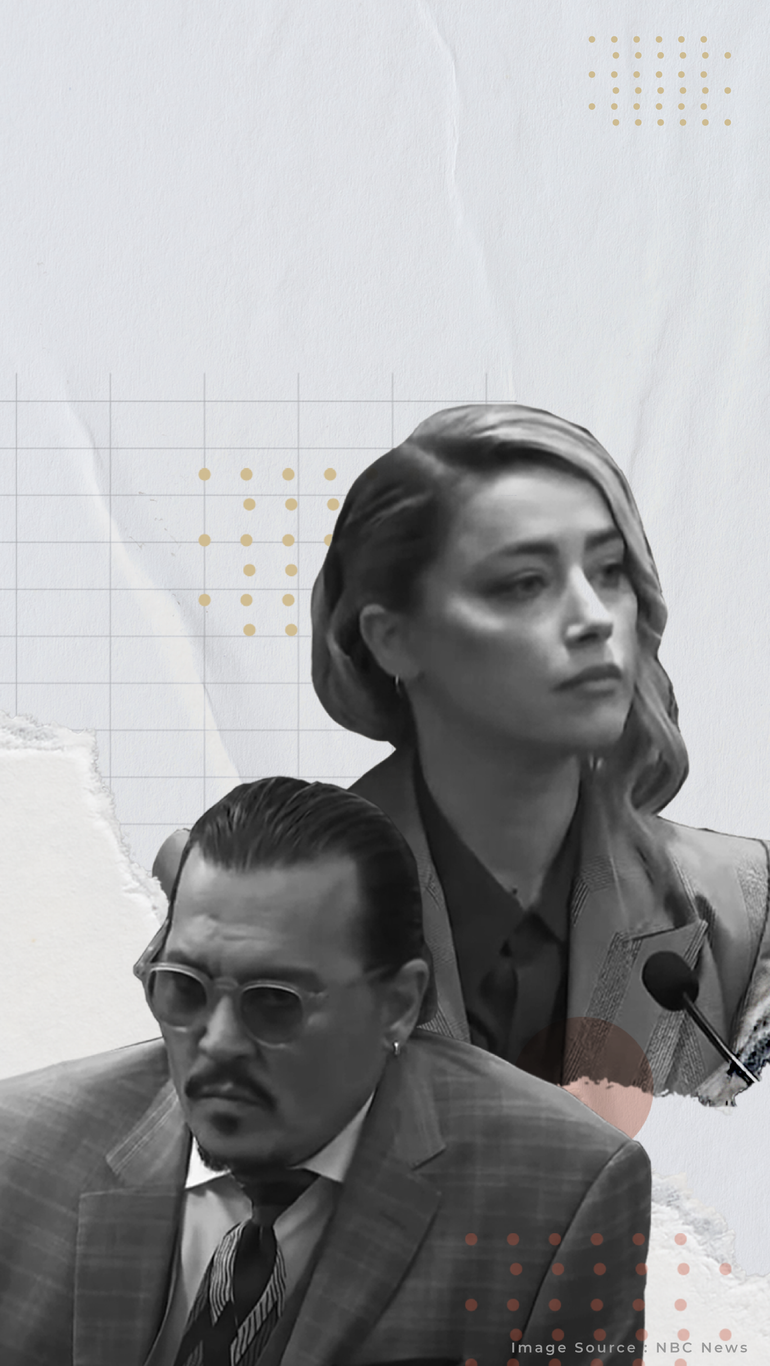 The Amber Heard and Johnny Depp trial has taken the internet by storm, with all of us being fed bite-sized pieces of information regularly since the past few weeks. The trial is a result of a defamation lawsuit filed by Depp against Heard, his ex-wife, on the grounds that she falsely accused him of domestic abuse and defamed him in a 2018 op-ed published in The Washington Post. Depp also alleged that it was Heard who was the abuser in the relationship.

Now that you’re all caught up, let’s cut to the chase: Why is the internet going bonkers over the case?

The details of the case have caught the attention of the masses. An actress accusing a wildly famous, universally loved actor of abuse and then being labelled an abuser is an interesting story. At a time when women are gathering the courage to stand up against violence – especially perpetrated by influential men – the possibility of a woman being the perpetrator is a sight to behold.

It’s game day for men’s rights activists and those wearing the ‘anti-feminist’ label with pride. It’s their time to shine; it’s their time to wave their ‘feminism sucks’ banners in the air.

And it is happening relentlessly on social media.

The power of memes in the Heard-Depp trial

Open your Instagram at any given point of time and you’ll see a meme pop up on your timeline. Whether it’s a sassy quote, a screenshot of a humorous tweet, or an entertaining edit on a Reel, Instagram has become a destination for those looking to have a few laughs on the internet. This form of entertainment has been found useful in engaging with serious content as well – from current affairs to the latest TV series or film, the unique format of memes relays the subject matter to its relevant audience in a lighthearted manner. Humour is the best mechanism to make one’s point known, and memes have got that covered.

But memes also hold the power to alter a user’s perspective.

The internet has given its users the leverage to cut, edit, and format parts of the televised trial to tailor a narrative that seems to be skewed towards one party and heavily against another. Any guesses on who the narrative is against?

From mocking her cry to scrutinising her every facial expression, the internet is working hard to build upon Depp’s accusations against Heard. Some are going so far as to remix her testimony with songs for comic effect. The hashtags #JusticeForJohnnyDepp and #AmberHeardIsAPsychopath have been trending on social media platforms since the past few weeks. A video that I watched claimed that Heard was faking her sad expression, showcasing it through a clip of her smiling at first and then dramatically changing her expression to look morose. Many people in the comments section pointed out that the video was being played in reverse, and at an altered speed.

These videos and memes are not just mocking Heard but are simultaneously painting Depp in a positive light. Clips of him refusing to make eye contact with Heard and having a laugh or two with his lawyer in between sessions portray him as a humble, down-to-earth man who is trying to get on with life after enduring violence.

What is telling is how we view Heard and Depp from the perspective of the violence they claim they have faced. Heard’s expressions have been scrutinised to prove that she is a liar and a psychopath, building on the perception that a true victim would always look forlorn and broken. This, however, applies only to women; the same has not been said of Depp smiling and joking around, despite his claims of being the victim.

Don’t get me wrong; I’m not one to pick sides. The case is as messy as the hullabaloo surrounding it. But why has the internet collectively decided to attack a perpetrator who happens to be female? The likes of Harvey Weinstein, Woody Allen, and Roman Polanski did not receieve the same treatment, despite the many public debates about their crimes. In fact, many of them continue to get work and remain big names in the industry.

The problem with cases of sexual violence is that when there’s a possibility of a woman being in the wrong, she is considered not an exception but a rule. It takes one instance of a woman being wrong for the public to declare the shortcomings of an entire movement. Amber Heard is a perpetrator, and this is enough reason for us never to believe women again.

Despite the fact that statistics show that women are considerably more likely to be victims of domestic violence, it takes but an anomaly for us to find faults within feminism.

Meme culture has the ability to build on one’s prejudices, leaving nuance behind.

A woman’s past, a man’s future

The infamous Stanford rape case of 2015 sparked a debate on the leniency with which male perpetrators are treated in court. As a plea to the court, Brock Turner’s father resorted to references to his character. He was described as ‘happy-go-lucky’ with a ‘welcoming smile’ and an ‘easygoing personality’. He further went on to say that Turner had stopped enjoying his favourite meals, and that the 3-month sentence meted out to him was a ‘steep price to pay for 20 minutes of action out of his 20 plus years of life’. Needless to say, it sparked a global outrage.

When we talk of male perpetrators, a common defence used to protect them is to explicate how ‘good’ they are, and how the accusations would affect their future.

Apart from the memes we have seen of Depp during the trial, several accounts have been posting videos of him from the past as proof of his ‘niceness’. Reels of him visiting children’s hospitals as Jack Sparrow (a role he is renowned for), pulling up a chair for a member of his legal team, and of fans re-watching some of his finest performances are among the many that are out to prove that a ‘nice’, talented man such as himself could do no wrong.

Where women are concerned, it is often their past that informs the validity of their accusations. What were you wearing? Were you drunk? Did you invite him over? Why did you stay with him despite the abuse? The onus is on the woman to prove, at every step, that she has been seriously affected by the crime; otherwise, it is fodder for those looking to pin the blame on her.

Heard’s every move, expression, and line from the testimony has been put up for debate and scrutiny.

When #MeToo was at its peak, a big part of the movement involved educating women about the nuances of sexual violence. We learnt that there is no singular, universal archetype of a perpetrator. We were taught to identify signs of violence and how to fight against it. If Johnny Depp is being hailed as the poster child for male domestic violence (by some, and clearly not by enough people), it is telling that the focus of the general public has been to vilify feminism and prove its flaws rather than starting a dialogue about the things that affect men.

Given the recent news of Kevin Spacey being charged with sexual assault, it is an ideal time to speak about men’s experiences, which, according to those who distance themselves from feminism, women don’t talk enough about. But alas, it isn't loud enough.

Regardless of the judgement on the Amber Heard and Johnny Depp case, we are once again forced to rethink social media as a tool that does more good than harm. In an era where bite-sized pieces of information are enough to make an impression on a population that is deficient in attention, memes may cease to be a mere source of entertainment. They could change lives.