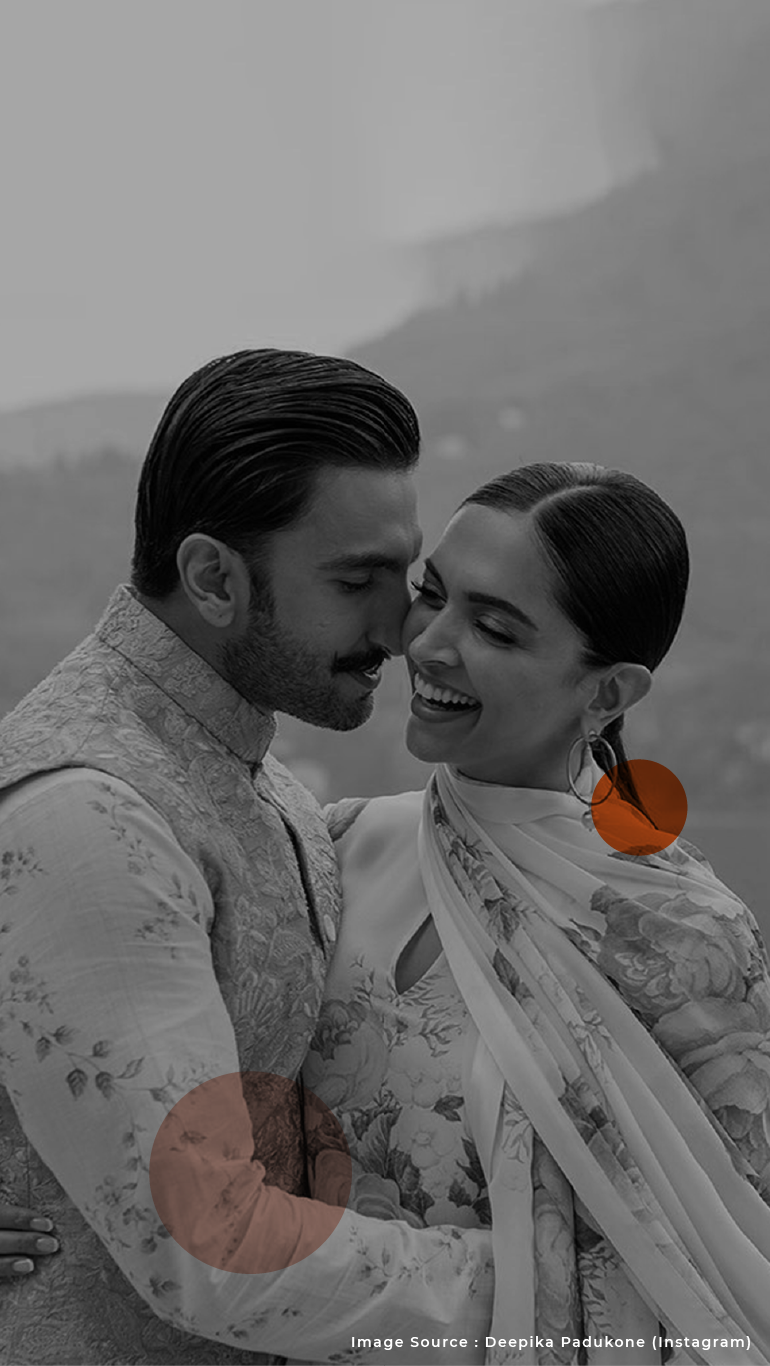 Deepika Padukone and Ranveer Singh have been the hottest couple of Bollywood for a while now. The two tied the knot in 2018, and the world bestowed them with the much loved hashtag– #DeepVeer. Since then, the couple has not shied away from being candid and open about the mutual love and respect they share for each other.

But recently, the rumours of Deepika and Ranveer separating have started floating on the internet. While the false news has been making the rounds, the couple continues to bask in the glory of their blissful marriage.

A few days ago, Deepika commented on Ranveer’s all-pink Instagram post and the speculations died down a little. But it was recently that Deepika addressed the issue on Meghan Markle’s podcast, Archetypes.

She mentioned during the interaction, "My husband was at a music festival for a week and he’s just come back. So, he’s gonna be happy to see my face."

While the internet heaved a sigh of relief, gossip-mongers found the debate closing in with the actress’ remark.

Elephant in the room

While the rumours might have come to a stop, here is what the problem is– why are we so obsessed with the personal lives of celebrities? It is natural that we’d be interested in their doings, but why air a non-existent spark into a humongous fire?

More than that, what is it about celebrities getting divorced or separated that makes us go berserk. This is not the first time that the internet and media have fuelled the fire on celebrity separations– whether it was Aamir Khan and Kiran Rao’s separation that became a religious debate, or Dhanush-Aishwarya’s marriage that is constantly in the news, we find a way to sensationalise everything.

When we turn a mountain out of a molehill, what it does is that it takes us away from the sensitivity of such issues. Separation and divorce become monstrous topics that everyone wants to stay away from. In a country where marriages are placed almost at a divine level, the pedestrian talk and gossip that puts separations in a bad light helps no one. What it does instead is push people into the same old belief– try to work out your marriage. Because as Sima aunty from Mumbai said, “Thoda toh compromise karna padhta hai”.

When Deepika and Ranveer’s separation is being talked about so much, we believe the couple’s marriage is none of anyone’s business. At the same time, when all speculation has been laid to rest, and we think something else needs our attention.

We found something better to talk about

During the same podcast that also featured actress Constance Wu, there was a major discussion on mental health. Deepika has been one of the most vocal advocates of talking about mental health in the country. From tracing her own journey to urging people to open up about it, the actress has played her role in turning the hushed topic into a major conversation. She has also talked about how Ranveer has been a major part of her recovery, having brought so much joy into her life.

She talked about her battle with depression in 2015, and how she navigated being a popular figure while dealing with the problem. Her foundation, Live Laugh Love aims to help those struggling with depression and other mental health issues.

Once she found a grip on the issue, she started questioning the hush around it. In an interview, she stated “When I was reflecting on how this whole thing went by, I thought why did we handle it like this? And why were we trying to be quiet about it? Why can’t people know? Why shouldn’t people know that this is what I have been through. It also came from me wanting to try be as honest and authentic as possible.”

Since then, the actress has questioned the whole “suffer in silence” construct.

During the podcast too, she mentioned “It's the same way we have physical ailments. Our mind is very much a part of our body. But somehow, when it comes to mental illness, we start treating our minds like outside of our bodies.”

While we obsess over things that should be no one’s business, Deepika had something rather beautiful to say about her purpose in breaking down the taboo on mental health in India: “What is my purpose? It's about, when I leave this place, when I leave the earth, what is it that I can leave behind? And how many lives can I positively impact? I've been on that journey for the last couple of years.”