After a short period of unemployment and days of searching and browsing through various job sites, I finally landed an interview with one of the biggest media agencies in the world. After two days of rigorous preparation, I went to their office for an interview.

The HR woman who greeted me at the office was pleasant, and the interview setting casual. She began the usual round of “interview questions”. What was your previous role? Why do you want to leave your current job? I was expecting these questions and answered them effortlessly. That is, until she asked me a question that, while unfortunately not unusual for most women to receive during an interview, made me pause. “What are your plans for marriage?”

Despite being startled, I tried to take stock and give her as polite an answer as possible. I told her that I was only 23 (not like there’s a particular age by which a woman should marry), and that my career was my main focus at that moment.

As the interview progressed, we were joined by the Head of the Communications department. Soon, he brought up the question of marriage too, pressing for a concrete answer. They both went on to explain that this was an important question to get clarity on for them, as they had had several cases of women leaving them within a few months of joining, with marriage being the dominant reason for their leaving. The man, during his “explanations”, even went to the extent of saying that if he was getting married, for example, the scenario would be different. He wouldn’t have needed to leave the job or take as many leaves. How To Respond To Inappropriate Interview Questions

The interview continued with them warning me that the job would require me to stay late and attend events, and asking if my mother would be okay with it. It digressed into them complaining about how these days youngsters are just trying to make money by experimenting with jobs.  Сегодня, когда российские банки сокращают объемы необеспеченного кредитования, микрозаймы небанковских кредитных организаций стали для некоторых граждан единственной возможностью финансирования.

Through the whole ordeal, I made myself remain calm and answer their questions. The interview ended on a cordial note, with them asking me to mail them some of my writing samples.

The minute I left however, I had a sour taste in my mouth. I was filled with rage, confusion and regret. I regretted not having confronted the interviewers sexist questions and regressive beliefs. I couldn’t understand why I hadn’t called them out right then and there.

Why can’t the interviewer look at a person’s talent and experience, regardless of their being a man or a woman? Why is a woman questioned for being too ambitious? Why does a woman get asked about her marital status more often than a man does? Why is it assumed that she will discontinue working after marriage?

I knew that most women were frequently subjected to this sexist line of questioning. But what I realised then was that most women, including me, have been conditioned to believe that if we react to certain things, no matter how bizarre or offensive, we will be judged to be “hysterical”, “too emotional” or labelled crazy.

I would have performed with as much dedication and success, at this job that I had just interviewed for, as a man would have. However ,they hadn’t been able to see beyond my gender and the sexist stereotypes they possessed about it.

This is just one of the many problems women face regularly in their careers, but it is one that hinders their very entry into the workforce.

I acknowledge that this generalisation doesn’t apply in all workplaces. I have worked with some amazing people (both men and women) who have never marginalised me, and have appreciated my work and talent. The fact remains that these places are still the exception, not the rule. The interview I had sat through was for a  Public Relations agency – an industry dominated by women. If one faces sexism in a woman-dominated field from a female interviewer, one can only guess how prevalent workplace sexism must be in the more dominant section of male-dominated industries.

People need to unlearn these patriarchal and sexist notions about women’s lives, capabilities, and careers. Additionally, women themselves need to unlearn  the internalised sexism that has, for generations, conditioned them to allow themselves and other women to be discriminated against. My First Job Interview Reeked Of Sexism And Bullying 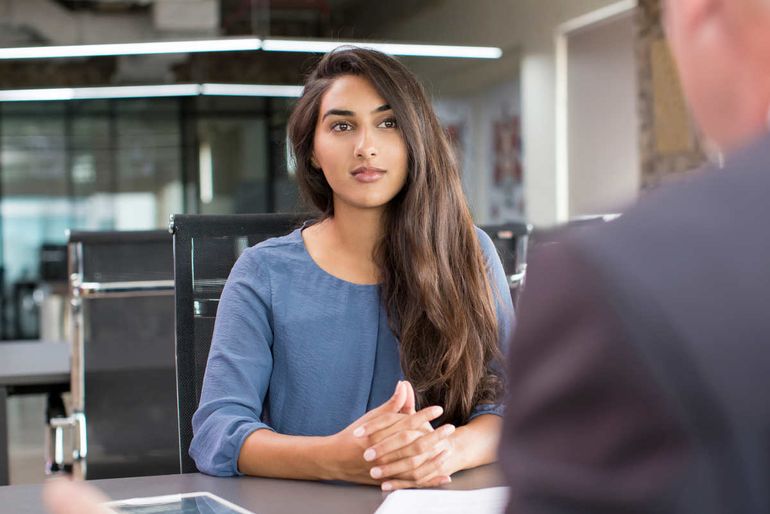 Tips To Ace Your Job Interview