Boss / Career Advice / Connect / Getting Ahead / Motherhood at work / Self / Team

As I entered her office, I’m drawn into a room decked up in coloured and printed fabrics. Pictures of her two children sit aligned with her awards. To me, that is a precise representation of who she is as a person – a leader who lives by the ideologies of motherhood.

“The art of letting go has come to me only after having kids,” says Manjari Upadhye, a mother of two who doubles her roles as the CEO Domestic Business at Welspun India Ltd. She holds a master’s degree in marketing (MBA) from Faculty of Management Studies, Delhi and has experience working for big brand names like PepsiCo, Danone, Mondelez International, Colgate Palmolive and Ocean Spray Cranberry. She believes that learning opportunities originate from people she interacts with on an everyday basis.

Family, to her, are the people with whom she feels uninhibited. She is her true self when she is with her children and believes that motherhood has provided her with a unique perspective towards life.

A near control freak of the past, she credits motherhood for teaching her the art of letting go. “Pregnancies have taught me that you can only do what you can do and you have to let go of the rest. Not everything can be accomplished all the time just like not every meal can be perfect.”

She connects better emotionally with the people she interacts with.

A better camaraderie with my team members, especially a better bonding with women has come to me only after motherhood.

“I’ve discovered the gentler and creative side of me. I see myself operating far more from the right brain after being a mother.”

Like every other working woman, Manjari worried whether she’d be able to manage her career and her children, as she certainly did not want to give up on her job. However, it has worked out well as she did not overthink about balancing between being a mother and a professional. “I don’t believe that there is a fine balance that can be struck between the two, especially when you are ambitious and love what you do. I love my kids as much as I love my job, which makes me act according to whatever is required at that moment.”

For her, it has worked out well because she knew the trade-offs and was well prepared for them. There were times where she has taken a hit professionally as her mobility was limited. She has had to pass on offers as she did not want to move her kids out of their comfort zones. “I was happy living in the little oasis that I have made for my kids in Mumbai. Stepping a level up meant going to a different place out of their comfort zone, a move that I wasn’t ready to make. It was a conscious choice, but professionally that’s a sacrifice.”

A major trade-off that she regrets is what every working woman fears – missing out on the childhood of their kids. “There was just a lot of tension and stress points in my life that I don’t remember that phase of theirs. My older one has started growing his beard and I’m still here watching his baby pictures wondering how much I’ve missed.” However, she bonds better with her two children now, than when they were toddlers.

Manjari believes that motherhood has a lot to teach us about leadership and business. It’s the perfect example and time to learn the ‘fail fast’ methodology. She explains that as when the kids are at a stage where you’re trying to introduce solid food to them, you have to experiment. Mostly there are things that they will just throw out of their mouth, and then there are the select few that they accept. “You feel really good when they eat things you feed them. But, when they don’t, you don’t go around beating the drum and cribbing about it. They didn’t eat because you’re probably feeding the wrong thing in the wrong way,” she says. “This applies to business and brands as well. You have to keep experimenting and taking the risks. You never know what will click”.

The value of experimenting is what I’ve picked up by being a mother.

Complementary to the increased emotional empathy, Manjari credits that motherhood has also helped her become a better mentor. One can teach a toddler how to take a step, but you can’t make them walk. They must do it on their own. “You have to keep working with people, whether it is through coaching or mentoring, to help themselves to grow into higher roles, as opposed to spoon feeding their way to the top.”

You can be a great sponsor for growth as a leader, but you can’t do their job. And if you’re doing that then you’re mailing them and yourself redundant.

She coaches her team in the same way in which she educates her children. Likewise, there are lessons that she has learnt from her professional experience that she bestows as legacy. “The only and essential thing that I really believe in is stop associating yourself as a gender person in business,” she says. In a workplace, we are all humans working towards a shared goal. If we have to work together well in an ecosystem, then we have to stop thinking of each other as women and men. We must respect each other’s differences as human beings.

“Early in my career, I’ve been through times when I was the only woman in the room. It is reflecting on to me now, but it never occurred to me at that time,” she recalls.

“For me, it was always about what are they bringing to the table and what am I contributing. In that space, we are all personalities serving a common goal. I don’t make that distinction and have taught my kids to do the same.”

It is also the most important advice that she offers to women who want to succeed in a male dominated industry.

Don’t think of the gender specificity as the first point of difference. Know your business well and think like a human, rather than a ‘woman’ or ‘man’.

Look back at her journey, she recalls the time of her first pregnancy when women were allotted only 84 days of maternity leave with no provisions flexible timing. In comparison, she feels that there are a lot of facilities available now to help a woman through her maternity period and ease her way back to her career. The accessibility and flexibility to women’s need has increased to a good level, and the respect that they deserve in a professional space has also increased.

Although, these are for nothing if a woman doesn’t take advantage of what’s being offered to her. Manjari sincerely advices the new mothers to ask for help when and where required, while they learn to let go of things of secondary importance. It is always good to plan in advance, but along with that, we Indian women are blessed to have a culture where both sides of the family are willing to take care of our young ones. The daycare system in India is also at a good level, provided we put trust in them.

“Don’t rattle your brain over what your child is doing at every hour of the day. As human beings, we are inbuilt with instincts and conscience that distinguishes between the right and wrong for us. They will be fine,” she says.

My one piece of advice to the new mothers is to come out of the wishful thinking that the daycare will give as much care as a parent can. That is not going to happen, but you have to trust them.

She thinks that the notion about wanting to manage everything ‘perfectly’ is never going to happen. You need to be around your kids as and when they need you. There are the primary care things that only a mother can offer, like the breastfeeding and nurturing. We should do that because those moments will never come back and that care has no other alternative. She also suggests the new mothers to gradually prepare themselves for the change. Go out on a walk for a few hours each day in order to get back to social sanity. This will help you get accustomed to being away from the baby and tone down the paranoia about what’s happening behind your back.

“It’s not going to be all hunky dory, but the best we can do is to make it less problematic. And if this bothers you so much, then you need to think about whether you really want that career or not.”As she mentions frequently, she is happy with the way life is working for her and her kids.

I’m not guilty at any level. The day I do, I will make my choice.

At this moment, her personal goal is to raise her kids well and pursue the things that she likes to do. Building on the creative side that budded from her parenthood, she has been training in Odissi dance and hopes to grow to a level where she can perform on stage. Professionally, she believes this is a great time and opportunity to create branded play with home textile in our country, where the category is so huge but the branded play is not sufficed. She works towards becoming the brand of repute, trust and love when it comes to home furnishings in India. She is excited to see how life unfolds as she keeps giving her best.

When it comes to success, personally and professionally, her locus of control is internal. If she feels like she has given her best at a task then it’s a starting point of feeling a ‘good job done’, and if her product clicks into the market, then that is success. 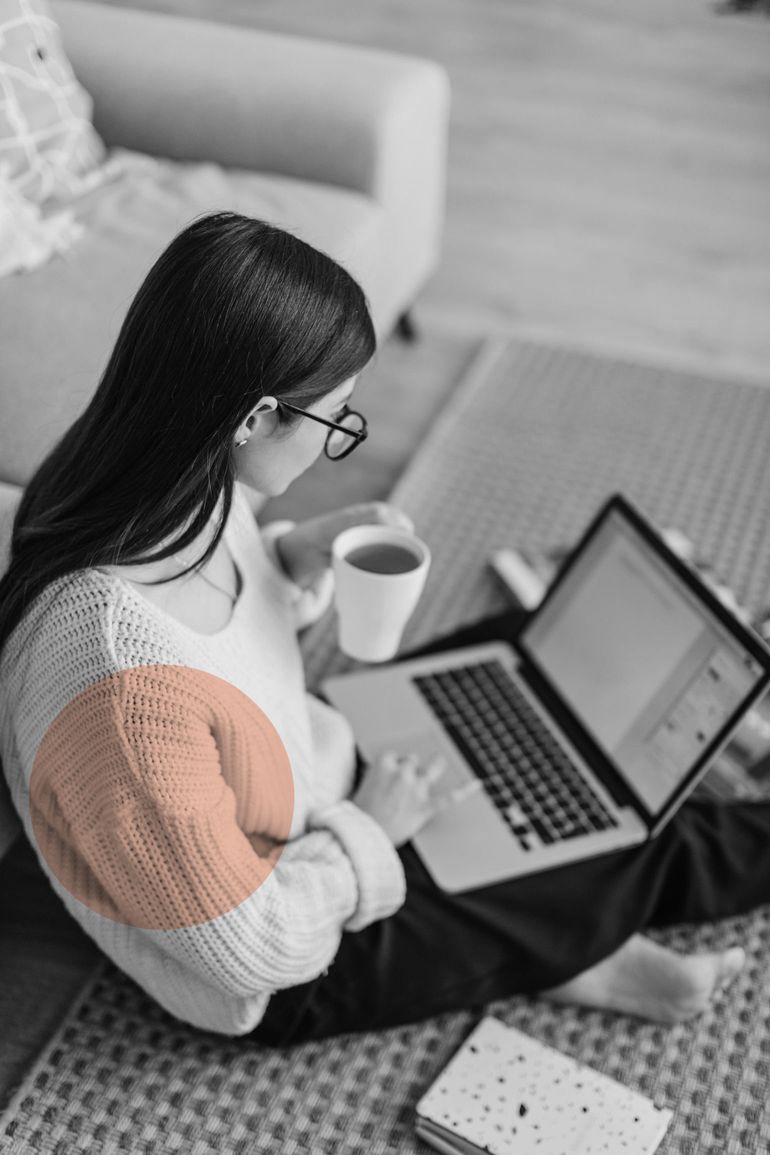 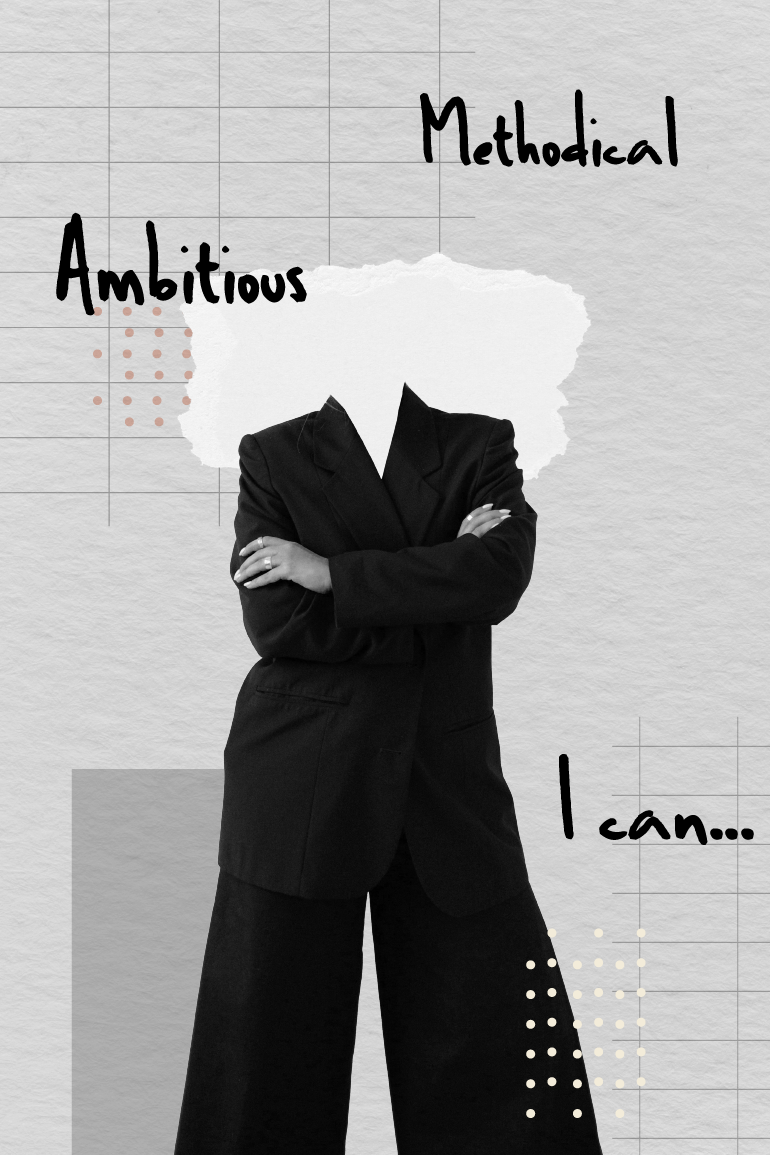