Inspiring Indian women from history you should know about 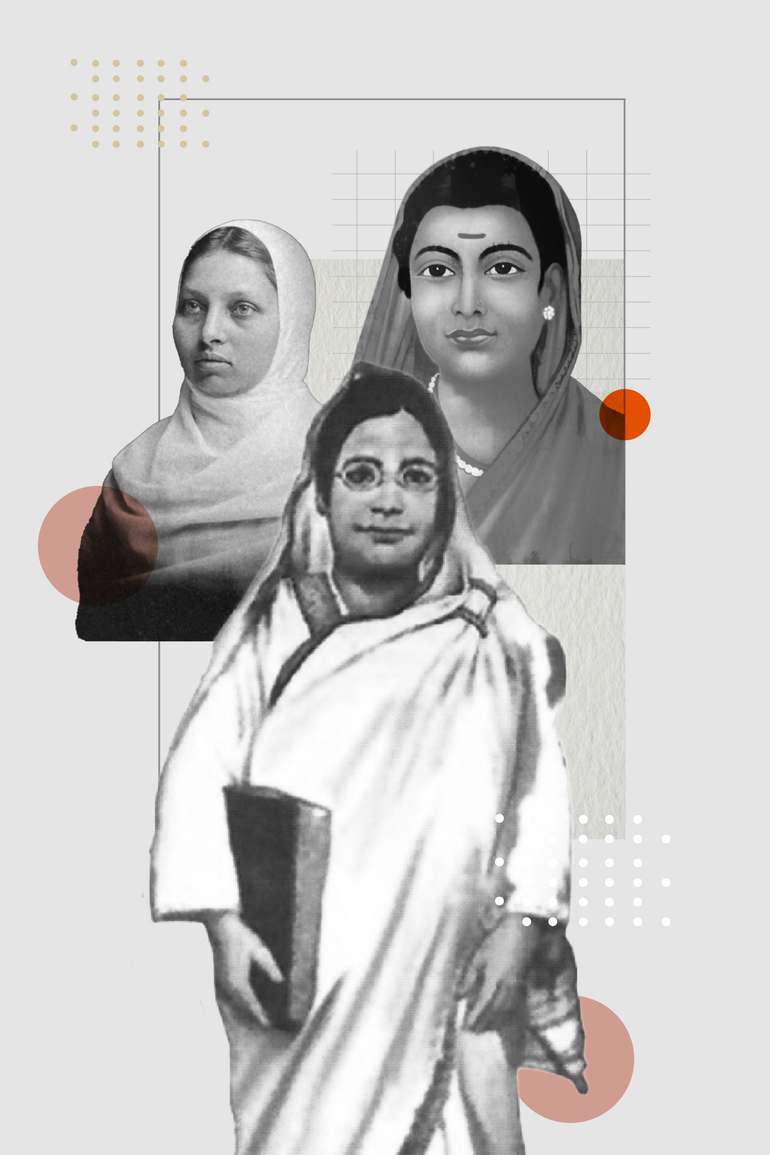 Every International Women’s Day, we see hordes of posts and articles on womens' movements across the globe. From the suffragette movement to the second wave, we’ve learnt more about feminism around the world than that of our own country. But that’s about to change.

Women from the Indian subcontinent have toiled since time immemorial to make our lives better today. India has a rich history of women’s movements, with pioneers fighting for the right to education, access to equal opportunities, and protection from sexual violence among other things.

This is by no means an exhaustive list; scholars and researchers unearth new facets of history every single day. The women who have made it to this list are the most recognised.

Known as the first female teacher of the first women’s school in India, Krantijyoti Savitribai Phule is a revered figure.

Savitribai put up a fight against the oppression of the marginalised, and worked relentlessly to ensure girls – especially from the lower castes – received an education.

Throughout her life, Savitribai focused on a secular form of education and routinely spoke out against discriminatory practices that oppressed women.

Because education was reserved for the upper-caste elite, Savitribai was subjected to harassment on a daily basis for breaking the norm. But she persevered, heralding a movement to emancipate the shudras and atishudras by way of education along with her husband, Jotirao Phule.

Savitribai and Jotirao’s activism went beyond education. Not only did they start the first-ever school for girls, but they also opened up their home to exploited widows and pregnant women who were in danger.

They established the Satyashodhak Samaj, which initiated the practice of marriage sans oppressive religious practices.

Savitribai’s life’s work as an educator and activist pioneered the narrative of women’s access to public life.

We cannot speak of Savitribai Phule without the mention of Fatima Sheikh.

A reformer and educator, Fatima Sheikh was the first Muslim woman teacher of India.

She and Savitribai together established the first school for girls. They went to a training institute to become trained teachers together.

Sheikh had to endure harassment and threats not just from the upper-caste Hindu elite, but also orthodox Muslims, all of whom were opposed to the idea of universal education, especially for girls. During a turbulent period of Savitribai and Jotirao’s life as educators, it was Sheikh who gave them refuge when they could no longer live in their house due to the fear of threats and violence.

We consider Simone De Beauvoir’s The Second Sex as a pioneering piece of feminist literature.

But did you know that another woman wrote about something similar nearly 100 years before The Second Sex even came to be? That woman was Tarabai Shinde.

Tarabai Shinde is regarded as modern India’s first feminist literary critic. She was a compatriot of Savitribai and Jotirao Phule and was also a member of the Satyashodhak Samaj. She was groomed to become an important part of their efforts of establishing a school for girls. Because of her father’s close association with Jotirao Phule, Tarabai was introduced to reformist movements at an early age, which informed her thoughts about women’s place in society.

Tarabai wrote Stree Purush Tulana (A Comparison Between Men and Women), where she criticized the unfair treatment of women that stemmed from religious practices meant to oppress women.

This piece of work was published as a response to the sentencing of Vijayalakshmi, a woman from Surat who had had an abortion. Reportage around the sentencing placed blame on her, which prompted Tarabai to write a scathing response in return.

Though this was Tarabai’s only piece of published work, it is regarded as one of the first modern Indian feminist texts.

Pandita Ramabai was a women’s education activist and reformer who worked towards the emancipation of widows in particular. Her extensive knowledge of Sanskrit texts earned her the title of Pandita, which was the highest title in Sanskrit learning. She founded the Arya Mahila Samaj, which worked against child marriage and towards the education of women.

During her travels to America, Pandita Ramabai wrote a book titled, The High Caste Hindu Woman, which was a critique of Brahmanical patriarchy. She took the earnings from the book to build a residential school for widows.

What makes her an icon way ahead of her time was that she converted to Christianity in 1883 as a result of her disdain for the patriarchal structures that governed Hindu society. In an environment where women were strictly policed into submission, Pandita Ramabai stood out as a crusader for women’s rights, following her own path.

Begum Rokeya is considered a pioneering feminist of modern Bengal. She was a writer and activist who wrote novels, poems, essays, and short stories with underlying feminist themes. She founded an NGO, Anjuman-e-Khawatin-e-Islam (Islamic Women’s Association), which provided education to young girls.

Her most famous piece of writing amongst feminists is Sultana’s Dream, a science-fiction novella that imagines a utopian society where women ventured out and men were confined at home.

Perhaps the best example of Savitribai and Jotirao Phule’s efforts towards educating girls is Mukta Salve. After just three years of schooling in Savitribai’s school – at the age of 14 – Muktabai wrote an essay, Mang Maharanchya Dukhavisatha (About the Grief of Mahar and Mangs), which talked about the atrocities committed against the two castes which were considered ritually impure.

Through her essay, Muktabai asked pertinent questions about why she had to follow a religion that had no place for her.

Like her teachers, Muktabai also believed that education was the only way the people of her community could attain emancipation.

Muktabai’s essay is regarded as one of the earliest works of Dalit literature.

When we think of women warriors, Queen Laxmibai of Jhansi comes to mind. But there is another important figure history has marginalised – Jhalkari Bai.

Jhalkari Bai was a Dalit woman warrior who played an important role in the 1857 rebellion against the British. She was a part of Queen Laxmibai’s army, and grew to become her trusted advisor.

A significant moment in history was when Jhalkari Bai disguised herself as the queen to fight invaders, while the queen escaped out of the fort.

Jhalkari Bai should hold a significance in our conscience, as it tells us how important representation is in the stories we are told. Because history, much like other domains, is dominated by upper caste writers, authors, and storytellers. This makes the stories we know biased, thus affecting our perception of others. Several authors and writers have kept Jhalkari Bai’s memory alive, for which we should be grateful.

These were some of the many women who made modern India. While their stories aren’t always on the forefront, this was our attempt to remember them as we celebrate being a woman. Happy International Women’s Day!