Is It Okay If I’m Just Mediocre At What I Do? 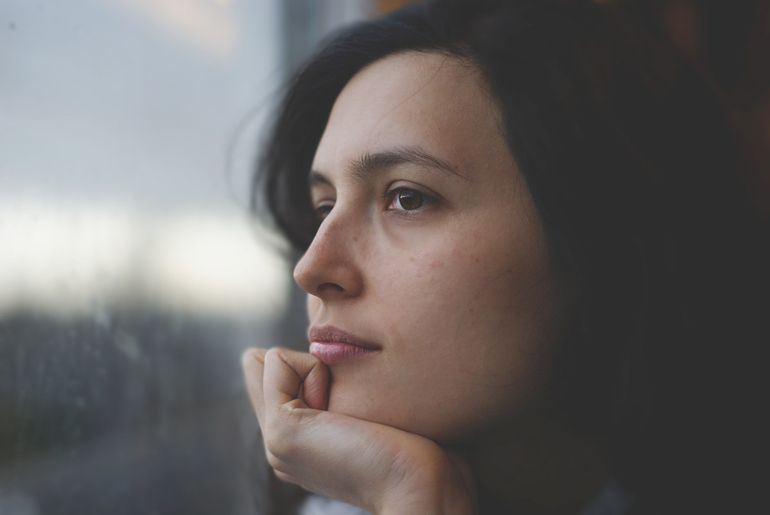 I’ve grown up believing – or rather, being made to believe – that I would be exceptional. The thing is, so has almost everyone else.

In a world full of people who are encouraged to be exceptional – when the concept by definition makes space for only a handful of extraordinary individuals to stand out – what happens to those of us who find we are… well, not incredible, but not completely incapable at what we do as well?

Is there something to be ashamed of in being mediocre?

When I look back on what made me get into writing as a profession, there’s a swirl of vaguely encouraging memories that stand out. A teacher reading out my poems in class; a distracted teacher during a PTA meeting telling my parents their daughter would “go places”; an astrologer in an incense-scented room saying I would do “great things”; my father smiling as he read the first “novel” I authored at the age of 8; a friend tearing up when reading a story I wrote years later.

For as long as I can remember, my response to “What do you want to be when you grow up?” has been “Writer”. To this effect, I pursued my schooling in the humanities stream (“But didn’t she score 99 in science and math?” a friend’s mother asked mine in disbelief), went on to pursue a liberal arts degree (“Sounds fun! What exactly is this liberal arts?” asked pretty much everyone I knew), and pursued my major in literature.

It’s only in the last two years that I’ve spent sitting in front of my laptop, outside of an academic setting, finally doing what I’d always known I would do – what I still think I do best – that I’ve realised… I might be quite mediocre at this.

And while this might sound like the beginning of either a self-depreciating or a self-consoling rant, I promise you, it’s neither (… or at least I promise to try and refrain from it being either).

A Culture Where Excellence Is The Norm And Average Is Embarrassing

In our culture that regularly saturates with good-vibes affirmations like, ‘Each one of us is extraordinary!’, it’s easy to feel inferior and ashamed when you feel like you’re just… not.

As Indians especially, we grow up in an environment that is obsessed with having to be the best. From the “Sharma ji ki beti” comparisons to the “Papa kehte hai bada naam karega” expectations, we’re pressurised and conditioned to strive for and expect nothing less than excellence.

Sanchita, a copywriter I spoke to, recalls when a teacher in school told her she just needed to be pushed a little, and she would be “above average”.

“As if being average was this huge failure to avoid,” she says. “And, what do you know, that’s exactly what being “average” ended up meaning to me.”

‘Am I good enough? Talented enough? Am I doing enough?’ We plague ourselves with these questions all the time. But how do we even measure this “enough”? We notice that we’re mostly exposed to just the extremes – either the best of the best or the worst of the worst. The most viral content. The most upsetting news. The funniest meme. The most influential people. The best or worst are noticed, and the rest are rendered invisible.

No Space For Mediocre Women In Reel, Leads To Shame Of Mediocrity In Real

Take pop culture, for instance, where cinema has slowly evolved to showcase empowered women with careers. Shruti Kakkar in Band Baaja Baarat dreams of being a wedding planner, and quickly goes on to become one of the best in the field. Rebecca Bloomwood in Confessions of a Shopaholic, with no prior experience in writing, dazzles everyone and lands her own column with her very first article. Andrea in The Devil Wears Prada overcomes her initial challenges and quickly becomes her boss’s favourite.

The manner in which films and TV shows go about depicting empowered women today, is by creating female characters who “slay it” at work, and impress everyone. They have dreams and they go for it. They’re extremely good at what they do. They have regular wins in what they do. Setbacks are followed by even bigger wins! (A few examples that come to mind – The Bold Type, Bhaag Beanie Bhaag, Four More Shots Please, The Intern, The Marvelous Mrs. Maisel, etc.)

There is no space for mediocre women on screen. The insinuation is that mediocrity is simply not as interesting or aspirational enough.

Our own careers, in reality, rarely follow this unrealistic and over-simplified trajectory. This constant mainstream portrayal of career-oriented women standing out and excelling at their jobs with ease, especially if it’s their ‘dream’, is internalised by us as more than just aspirational – it feels like the norm.

An empowered woman becomes one who not only has a career, works hard, and earns a living, but one who excels at it as well. Anything below excellence can seem like it’s not enough. Being ‘average’ can feel like an insult. There’s no space for mediocrity on or off-screen.

What Is Wrong With Wanting To Be Exceptional, Though?

What is wrong with wanting to be exceptional, though, you may ask? The desire to excel is what keeps you motivated to achieve your full potential, many believe.

The danger lies in people’s worth and self-esteem being tied to this excellence at work. It lies in thinking hard work is only justified if it results in something exceptional. It lies in the extremes we compare our performance to.

Sanchita, who is also passionate about creating art, says she’s seen the “fear of mediocrity” affect almost everything she does. “I quit my job because I felt like I was doing mediocre work, and needed to push myself more. I stopped posting my artwork on social media because I would look at the kind of work other artists were doing and felt like mine wasn’t good enough. It sucks because I should continue putting my content out regardless. It should be enough that I’ve done my best.”

The fear or embarrassment of being ‘average’, then, can often hold us back even more than the fear of not being exceptional. “For people like me who took an ‘alternate’ academic and career stream, because “I’m doing what I love”, only to find out you’re just mediocre at it… it can hit harder,” says Sanchita.

Esha, a woman who recently started a job in digital marketing, says that her self-worth is tied very closely with her performance at work. “I tend to measure my self-worth based on the recognition I get at work and the quality of the work I deliver. So, I’m constantly third-guessing, not even second-guessing, everything I do.”

In Defence Of Mediocrity

The point here is not to stop aiming for great things, or even exceptional things.

It’s to stop killing ourselves in getting there. It’s to remind ourselves that being mediocre isn’t the goal, but if mediocre is the result of our efforts – it’s okay!

For every Indra Nooyi, there are thousands of women working to reach leadership roles. Every Serena Williams or PV Sindhu, is balanced with thousands of unknown athletes working on their game. For every Emily Dickinson or Jhumpa Lahiri, there are people like me, reflecting on their mediocrity while write-ranting on the internet.

This doesn’t reduce our efforts or our chances of bringing in change or making our mark in the world. It’s just that our sample size may be slightly different from what we’ve been conditioned to want.

Take me for example – I love making art, but I’ve never made a masterpiece. I love writing, but I’ve never written that day’s piece of viral content (nor do I ever think I will). None of that stops me today from doing what I like doing best, and doing my best at it. Even when, in the larger scheme of things, it isn’t the best. That said, it makes my day when someone tells me that I’m a good writer. It makes me happy to know that someone, somewhere has resonated with my work.

Sanchita says, “You need to understand that ‘excelling’ requires effort, and also luck, that you may not have at the moment. Rather than pushing yourself and burning out in an effort to get there, understand that there is value in being just okay at what you do.”

There’s value in doing things even when they’re mediocre.

“I have my own definition of wins,” Esha says. “Feeling good about the work I’ve done at the end of the day. Appreciation from the people whose opinions matter to me. Knowing I’ve done enough. My goal isn’t to be the best, but to just keep learning and improving within my own radius of capabilities.”

We need to stop thinking of mediocrity as a trap that makes us complacent. Accepting where you are when it comes to your skills and performance doesn’t mean you can’t strive for excellence. It means you stop putting the pressure of excellence on yourself all the time.

It means you accept there’s space for improvement and growth, without unhealthy judgements, stress, and unrealistic expectations.

So, if you’re ever feeling like you’re ‘just mediocre’, welcome to the gang! We’re a fairly unexceptional lot, but we’ve learned to find value in the things that matter on the whole (or on an average, ha!). We live, learn and grow – some of us onto more exceptional things and some of us explore the space right here. There’s always plenty of space – positive, healthy, and valued space – here in the middle.

Is Something Wrong With Me If I’m Not Ambitious?