Pretending to play nice at work to be liked? Welcome to the likeability trap 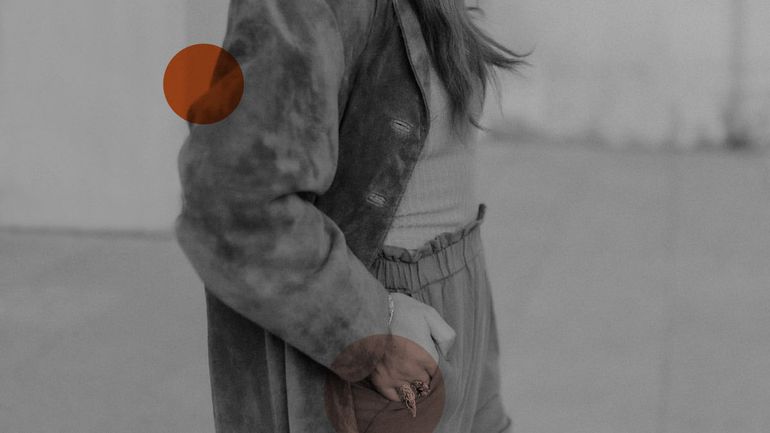 We have reached a point where sexism everywhere has undoubtedly begun to be frowned upon. But the inherent casualness of it all is something that needs to be called out.

Think about it, when was the last time you said a meek “Sorry” immediately after you thought you expressed a counter opinion too strongly? And then compensated this incident by being overly nice to the person you thought you offended?

I remember just last week in the office when a senior female colleague asked a bunch of other co-workers to quieten down a considerably hollered office. This show of authority was then followed by a series of ceaseless apologies and an endless assurance of “I didn’t mean to come off as rude.”

And in her defence, the bunch that was asked to turn it down was indeed incredibly loud and ought to go into a meeting room.

So if you’ve said or experienced anything even remotely similar, you are a victim of the likeability trap.

If you’ve been aggressively nodding through the article up until this point, then ask yourself this:

“Why do I use these language softeners?”

“Why do I feel the need to apologise after coming off too strongly?”

The answer to most of these questions implies the fear of not being liked and accepted in the office setting? That is exactly what the likeability trap entails.

This phrase describes how women who behave in authoritative ways risk being termed as difficult, arrogant or bossy, while those who are too nice risk having their competence questioned. So in order to avoid coming off as any of those things, women more often than not resort to simply behaving more nicely and attempting to appear more likeable.

This practised niceness brings about a general air of congeniality and likeability. All of which results in being able to demand and extract work in the manner you deem right.

It’s almost like a case of choosing your battles – a conscious choice that you unconsciously make nearly every day. Being assertive while expressing a view that counters the more popular one right now, versus being assertive while presiding over the office meeting and getting the actual work done in the manner you know is right – we would all choose the latter.

It is this very likeability bias that also gives you the motivation to pick up chores around the office that are nowhere close to your job description. Making coffee runs, taking up admin stuff, offering to hear and talk out other people’s problems, and just attempting to appear more nurturing and maternal – these are all ways by which you get yourself into the trap of likeability. Does It Pay For A Woman To Be “Nice” At Work?

So where does this come from?

This trap exists because of stereotypes about how we expect women and men to behave as leaders – women as more nurturing and collaborative and men as authoritative. The problem arises in this tainted view of leadership – the problem that we still view leadership in male terms. So any behaviour that operates out of this accepted framework calls to be penalised.

But there is an effective way to combat this penalty – something that you’ve probably been practising without realising. A way to take those feminine stereotypes and twist them on their head – the gender judo complex.

I remember discussing the likeability trap with my boss; a strong independent formidable woman who knows her work and is confident about her excellence at that. But as a woman who is in an authoritative position in the workplace, she believes that emulating a warm, nurturing, maternal image for 95 per cent of the time helps her to be able to be tough and assertive the rest 5 per cent of the times.

This embracing of a stereotype that typically holds women back – like the office mom, but flipping it around to propel herself forward is what constitutes the gender judo in a nutshell.

But I wonder why women do this? Maybe because even after women have made their way into traditionally male domains, the feminine mandates continue to thrive. We still choose to define the ‘good woman’ as helpful, modest, collaborative, nurturing and just nice.

This perception of how we view women everywhere lays more emphasis on her role towards the family and the broader community but less on her self-interests. Meanwhile, the ideal man is still someone who is direct, assertive, competitive, ambitious, and has the ability to provide.

This version of accepted masculinity somehow translates into the definition of leadership altogether. All of these attributes would perhaps be the same adjectives that you would use to describe your ideal leader.

As a result, women in leadership positions have to bear the need of being able to exhibit these seemingly ‘masculine’ qualities while also playing the balancing act of not being seen as ‘bad women’.

So to thrive and flourish as a leader they internalise the fact that they must do a masculine thing, i.e. establishing their dominance while being able to find a feminine way to do it in order to avoid the gendered backlash that might follow a.k.a. The gender judo.

But in falling into the snare of playing the gender judo, like fostering feminine stereotypes and playing the office mom, we’re only reinforcing the stereotype and making it accessible and believable to an even broader set of people. Acting in accordance with this conventionally accepted belief supplements both the descriptive aspect of it – that women are inherently nurturing and communal – as well as it’s prescriptive aspect, that they indeed should be.

But in order to get rid of this complexity entirely, and for women to be able to survive as themselves in a position of leadership, the world needs to experience the exact opposite behaviour of this.

The correct way to escape the likeability trap

The most convenient way to break free from the likeability trap? As several female bosses – take Miranda Priestly from Devil Wears Prada, or Sheetal Jetley from Laadla, or even Julia from Horrible Bosses, they simply equated empowerment with being emotionally tone-deaf and downright impertinent. This method too, like the gender judo one, simply fosters the toxicity of leadership.

Being in a position of authority and being able to command a room full of subordinates must not come at the cost of the mental peace of said subordinates. The goal is not to empower women to be as emotionally tone-deaf and grabby as men are more often than not encouraged to be. Instead, effort should be made towards ensuring that both men and women are encouraged and rewarded for displaying collaborative and democratic leadership.

So, for women to escape this likeability and gender judo trap, the first step is to behave as assertively as comes organically and experience the kind of responses one receives to this honest depiction of your self. If you find your effectiveness as a worker jeopardised because being true to yourself triggers dislike, then you need to decide whether overcoming the backlash is worth this sacrifice.

If it does turn out to be worth it, try doing something masculine in a feminine way. Think of your femininity as your choice and choose the behaviours that feel authentic to you. Balance deference with assertion, share authority with warmth and be true to yourself without being belligerent.

The ultimate goal is to create a healthy workplace environment, sans gendered issues. Both women and men should be rewarded for displaying empathy and the willingness to put the collective good above self-interest. The reason why these qualities have long been undervalued in the workplace is because they have been coded as intrinsically feminine.

But we need to move towards the normalisation of positive and healthy work culture – an environment where qualities conducive to a healthy work environment are not viewed as feminine but simply necessary. Quiz: What Type of Leader Would You Be? 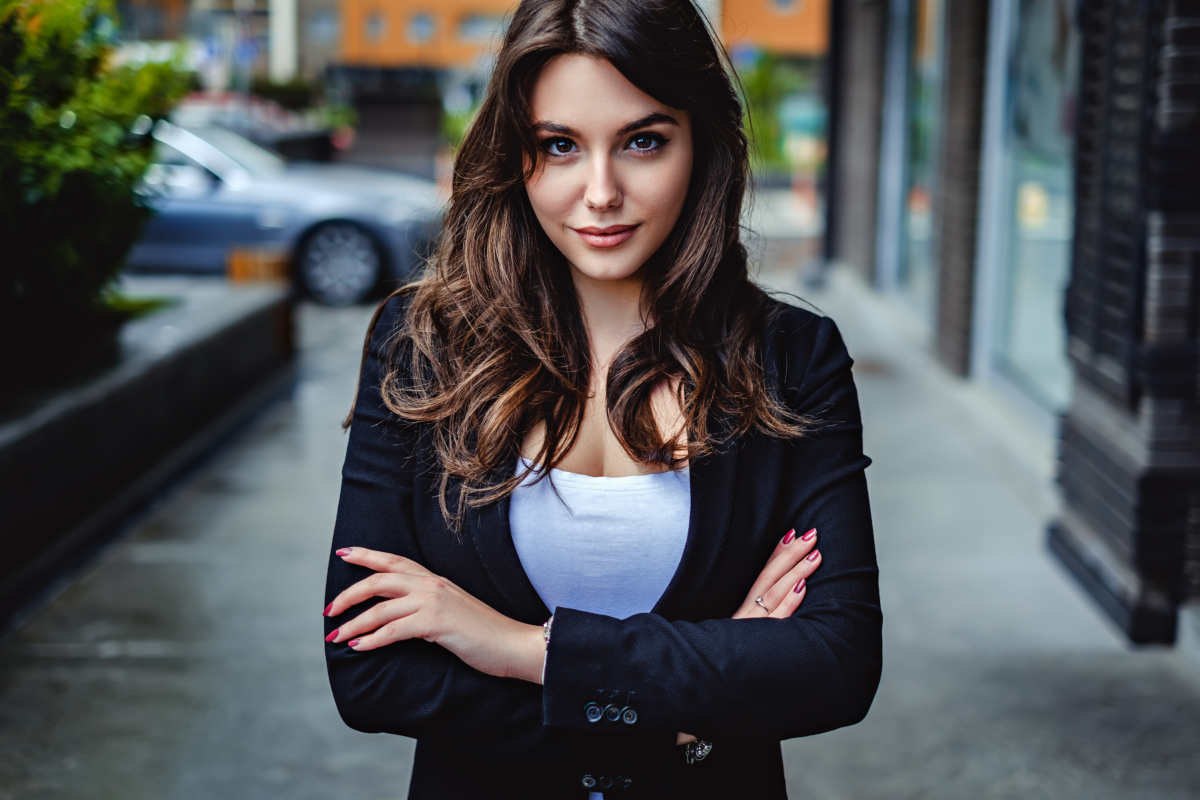 How To Be More Assertive At Work: 7 Phrases You Can Use