Restorative practices: finding the positive side to workplace conflict 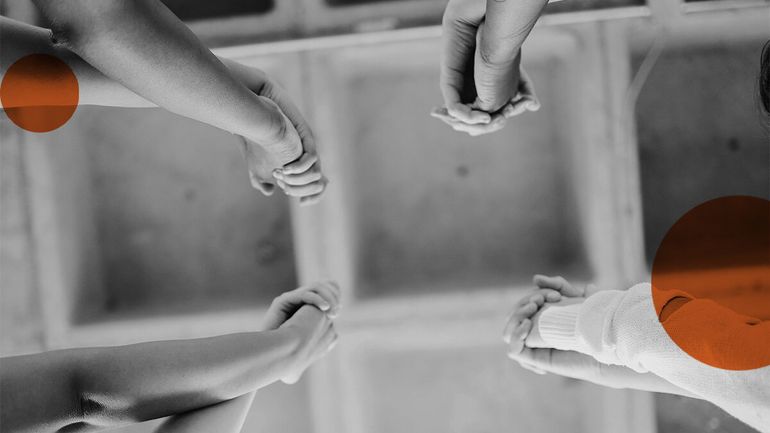 Picture this: you have a toxic male colleague who has been making insulting comments about several women. You and other women spoke up about his unprofessional behaviour. So, he was demoted and had to attend workplace harassment classes. Yet, you feel uncomfortable being around. You’re not alone in this discomfort either.

The question remains: what now? How will you and your colleagues deal with these feelings? However tempting it is to hold grudges or secretly wish you could hold it over their heads, it doesn’t really do anyone any good ﹘ especially you.

These frayed relationships can have long-term effects that may seep into all aspects of work if mutual respect isn’t rebuilt. And that’s where restorative practices in the workplace come into play.

A restorative workplace involves bringing together all those who were affected by a conflict or unprofessional behaviour. By providing a safe space for everyone to come forward with their issues and express their feelings, workplaces can identify creative ways to deal with conflict and rebuild teamwork spirit.

This also enables such conflicts and behaviour from ever occurring in the first place and addressing it properly when it does.

Women and people belonging to the LGBT+ community are the most affected in the workplace. When problematic situations arise, they are afraid of speaking up about the harassment that takes place because of the fear of retaliation, blame, or of not being believed.

In such situations, they might experience uncomfortable emotions they feel best should be forgotten. Moving on this way and failing to address underlying issues and feelings can cause more harm than good. So, ‘forgive and forget’ isn’t always a viable option.

Think about the last time your concerns or even your coworkers’ concerns were heard out. Let’s say, a male coworker has frequently made sexist comments towards you. You may still find it unnerving to work alongside him even though he no longer makes such comments. So, wouldn’t you like such needs – an outlet for your anger or discomfort in this situation – to be met as well?

Restorative practices address such issues and warrant your well-being as well as overall productivity.

Whether it is bullying, aggressive behaviour, sexism, harassment, conflict between coworkers, or gender discrimination, such practices will help alleviate as well as prevent such behaviour from damaging work relations.

Tackling these messy situations carefully through restorative practices will help address difficult feelings. These feelings may develop into a sense of injustice, dissatisfaction, anger, loss of trust, or even an escalation of conflict and violence.

What can you do to help?

It is usually the management or HR that come to the forefront to confront such issues and facilitate a healthy dialogue. But, there are certain things you can do to help build relationships and a positive workplace culture through restorative practices.

Restorative circles involve all those who are directly or indirectly involved instead of fractured groups with different interests. The entire team sits together, and each individual present gets a chance to speak. Advocate creating such an open space to bring forward understanding and empathy.

It helps build a bridge between the affected person(s) and the person responsible for the discomfort by making them feel like they are heard.

Often only facts are taken into account and addressed, and not the feelings of those who are harmed. In that case, looking into perceptions and emotions in addition to facts will key into more satisfaction for everyone involved.

Giving a voice to the affected in solving these issues makes them feel more in control of their situation. Instead of having all decisions taken by HR, you might feel appreciative if you had an active role in dealing with these situations.

Restorative practices are committed to having every voice heard out. That includes not only those who have been harmed or affected, but also those who are in the wrong.

This would help even the harming party participate in how they can tackle the issue, with all points of view.

Addressing each need is the rule of thumb when it comes to creating a positive space.

Creating a safe space isn’t enough. While it makes sense to take only the affected parties aside and keep the entire situation quiet, a better alternative as a restorative practice would be to include a wider group and have everyone’s concerns addressed. More people involved would also guarantee a higher level of accountability from your management or HR.

Chances are you might have tried to work on certain issues colleague-to-colleague. But it isn’t unusual to feel like the issues fell on deaf ears. When they do not try to mediate or even acknowledge the harm done, guidance from leaders might set a tone of mutual respect between you and the problematic coworker. It also sets an example of how things may work moving forward.

Most often, when a conflict arises, HR or sometimes a third-party is brought in to lead an open dialogue between everyone involved.

Besides creating a safe space, it’s important for the violator to acknowledge their harmful behaviour and be involved in rectifying this behaviour.

As a restorative practice, bringing in a third-party facilitator helps create the feeling of objectivity and trust. There is also no feeling of favouritism of any party. Also, it ensures that there is a trained individual to work on creating a working plan on how to move forward.

It might be worth it to take into consideration the work culture that let this behaviour develop in the first place. Include everyone involved in the changemaking process in the structure and any issues that may have contributed to the problems.

By creating a space where everyone feels safe and heard, and dividing the responsibility of resolving issues among everyone is sure to build a sense of mutual respect and trust. Coming up with fair and just solutions and ensuring that the problematic coworker takes ownership of their behaviour can go a long way in ensuring a healthy and positive environment.