Teachers’ Day: What Working For Women Has Taught Me

I’ve always worked with or under the guidance of women. This Teachers’ Day, I want to share what I learnt from these experiences.

When I started looking for work late last year, I remember my father asking me what I was looking for when in a job.

My answer: the opportunity to be creative, the chance to learn as I work, a salary that respects my labour, and a work culture that is nurturing rather than toxic.

“How can you tell if a work culture is toxic?,” my father had asked.

“I can tell, when I walk into the office and the only women there are receptionists,” I had responded.

This is a generalisation, but for a young woman looking for work, early career choices can make or break your courage and capabilities. And so, I stand by my observation.

Which leads me to my next point, which is that consciously or unconsciously, the feminist in me has always kept an eye out for women in leadership positions. And because of this, I have in my brief career, worked only under women bosses.

This might be because I have sought out work which specifically centres women’s lives, livelihoods and lifestyles. But the point remains — I like, prefer and choose to work with or under women.

Here’s all that I have learned working with and under women.

Let me be honest, generalisations aside. Women bosses aren’t perfect. Of course, they aren’t. They can range from hard taskmasters to loathsome bullies, caring mentors to harsh critics.

But between all the women bosses I have had, and those my friends and peers have had, what I have gathered is that women in leadership positions can choose to exercise power in positive or negative ways.

When positively implemented, these bosses can create a comfortable, engaging and safe space for their juniors to learn and grow within the organisation and the field.

When negatively implemented, they can play into the existing patriarchal structures and cultures of workplaces. The kind that dehumanise, crush dreams, and treat juniors like inferiors.

Whether you walk on eggshells or own your confidence in your career can depend majorly on who wields power over you and in what way.

I have been lucky enough to work under women who do not willfully misuse power. But many I know have worked with women bosses who would rather stomp on someone’s spirit to win the approval of the male gaze.

That is a fine balance. And I have learned to identify a toxic female-lead workplace as easily as I have toxic male-lead ones.

I remember early on in my first job, I posted something on our social media in lower case instead of title case, and my boss was a little sharp when she told me to change it.

Yet, an hour later, she came back and apologised to me for the way she spoke to me. She mentioned that she was PMSing heavily, because of which she had been irritable all morning.

That was a pivotal moment for me, because my boss – a senior journalist – was actively choosing to humanise herself.

She was offering not only an apology, but setting a precedent for our two-person workplace. One where PMSing, as well as making mistakes and apologising for them, were all natural occurrences.

And I have seen this time and time again in my second women-lead workplace as well. We talk about our periods openly in our multi-gendered team. We are quick with sorries, quicker with thank yous.

By contrast, my partner, who worked in a male-dominated, male-lead, toxic masculine workplace had the exact opposite experience. His coworkers would choose abuse over understanding, rage over growth, and the maintenance of stoic masculinity over the expressing of pain or seeking of relief.

While my mental health was rarely thrown into imbalance by my female bosses, my partner was driven to the point of quitting because he could not stand the way in which the men in his workplace treated each other. Teacher’s Day Quiz: Which Iconic Teacher Would You Be?

How To Know You’re In Good Company: 6 Signs Of A Positive Workplace Environment

Breaks Are Accepted, And Even Respected

I have noticed in my interactions with men over the last few years, that rest and restoration are not ideas many of them give much weight to.

Why? Because toxic masculinity is so dependent on pushing through pain, avoiding ‘weakness’, and being ‘strong’ no matter what.

And when toxic masculinity gets coded into our workplaces, these ideas become synonymous with the conventions of work culture as well.

So workplaces run by toxic bosses often consider rest, illness and recovery as secondary to everything else. An employee’s value becomes reduced to their productivity, rather than their personhood.

But in a workplace that discards these problematic notions of work culture, employees tend to thrive. And in my women-lead workplaces, rest – whether medical, mental or even menstrual – has never been out of consideration.

Taking a break is ordinarily considered weak, and in patriarchal terms, ‘feminine’. But by leaning into this notion of femininity, my bosses have enhanced productivity, morale and loyalty.

Knowing that I don’t have to push myself to achieve and succeed at the cost of my mental and physical well being so early in my career have set the tone for the rest of it.

Having Examples Of Women In Leadership Is Empowering

One of the primary reasons the pipeline between young women getting educated and women occupying leadership positions is so leaky is because of lack of representation.

Young women, who are often taught to be retiring and to ‘stay in their lane’, need to see themselves represented in order to aim for leadership roles.

Seeing passionate women leading with grace and empathy is inspirational. It’s one of the major reasons I have gravitated towards working for women. It feels natural, because I seek to achieve such success myself.

Witnessing such passionate women leaders can often see half the work of changing mindsets done. Particularly for young women who suffer due to lack of confidence and discrimination.

Working with women is a gift; it always has been.

Even in university, I was lucky enough to learn and grow in spaces which were mostly populated by women. Whether we were studying, managing clubs, organising events, or engaging with one another in the classroom; knowing and seeing that women can take charge has contributed significantly to my values and ideas of positive workplaces.

Have you worked with or for women? What are your lessons and takeaways from those experiences? 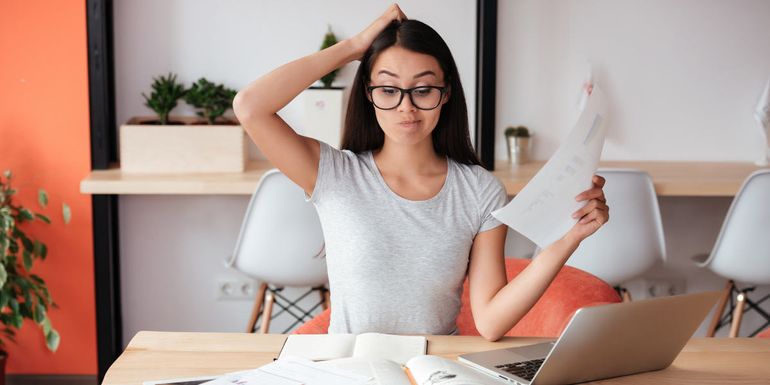 Know Your Worth: 4 Ways To Find Out What A Job Pays When Job Hunting