Why Phoebe Waller-Bridge’s ‘Fleabag’ is a groundbreaking feminist series 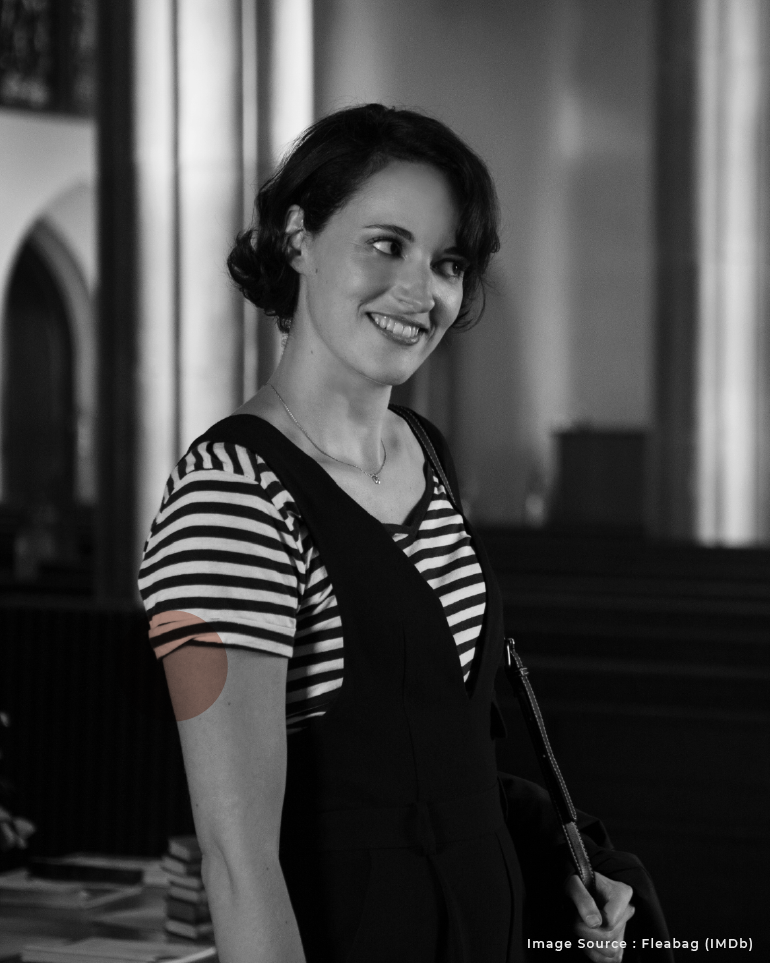 On Phoebe Waller-Bridge’s birthday, we reflect on how her show, Fleabag, is one of the best series ever made.

Any pop culture nerd will have you know that there are good shows, there are great shows, and then there are shows that transcend these categories. Such shows go beyond entertainment – they are a bold, gritty, and even comical reflection of society, which forces us to confront a side of ourselves that we often keep hidden. Fleabag, written and created by Phoebe Waller-Bridge, is one such show.

The story of Fleabag – played by Waller-Bridge herself – is that of every ‘imperfect’ woman. In a world that tells stories of imperfect men and their indiscretions, Fleabag is a breath of fresh air. Deemed as one of the best television shows of the 21st century, the multi award-winning BBC sitcom is a must-watch for every woman tugging at the shackles of the patriarchy to set herself free.

Fleabag represents the kind of woman most of us are: we understand what oppresses us, but sometimes we still indulge in it. From wanting bigger breasts to having below-average sex with any man who would give her attention,

Fleabag is a work in progress, and her desire to be a better woman – without the moral obligation of being a better feminist – forms the backbone of the series.

Thanks to the ever-present discourse around feminism, we have seen a slew of films and TV series that aim to show what ‘real’ feminism is all about. In the process of trying to be politically correct, many lose out on the nuances of the subject. Fleabag isn’t afraid to be politically incorrect.

2. It has layered female characters

One of the things that makes Fleabag such a wonderful show is its representation of women – they are layered, complex, and imperfect. Unlike many other shows that depict strong female characters as tough, brave, and badass, Fleabag makes them holistic and whole, without reducing them to the dichotomy of a hero or victim.

3. It depicts the uglier side to having siblings

Claire and Fleabag seem to have a relationship many of us have with our sisters: we fight about silly things, we support each other through bad haircuts, and we applaud each other on our accomplishments. But it also depicts how sibling rivalries are real and can harm the equation between two people. Fleabag expresses how she felt less loved growing up because Claire was an overachiever, and Claire states how Fleabag overpowered her with her charm and wit, but still felt no obligation to make better life choices.

Jealousy and toxicity can govern the relationship between siblings; it just doesn’t magically become better with age.

4. It gives women the space to be broken

It is all fun and games till you realise how even ‘nice’ people can cause irreversible damage. And in a world where women are always expected to be ‘nice’, this can be an act of subversion.

Fleabag is a highly dysfunctional adult who finds solace in meaningless sexual encounters and memories of her deceased best friend. But when she cannot find solace in those things any longer, she is an uncontrollable mess. Throughout the series, we see the different female characters make decisions that aren’t very level-headed, but they go ahead with them nonetheless.

Fleabag doesn’t put pressure on the female characters to act and behave in a way that makes the viewer feel good; they are relatable even if they do things that make them unlikeable sometimes.

The show emphasises how women are a product of the environment they are raised in; that the onus of being better is not on them alone, when it was their environment that screwed them up in the first place.

5. It talks about tough subjects in a humorous way

Fleabag tackles subjects such as miscarriage, faith, assault, death, and adultery in a way that leaves an impact without it being entirely sombre. Because the story is narrated from Fleabag’s point of view – who is dysfunctional to begin with – these issues are also shown through her eyes.

The series reminds us that some things are just a grim reality of life; different people deal with it differently.

6. It showcases the beauty of female friendships

Despite Claire and Fleabag being at loggerheads with each other, they show up for each other. They fight, but they are present during each others’ best moments. They also find a way to bridge the gap between them by honestly communicating with each other. Glimpses of the friendship between Boo and Fleabag also tell us how this platonic equation was important to Fleabag, who was grieving the death of her mother.

Where women are pitted against each other as competition, the female characters in Fleabag are forgiving and understanding, because they know how awful patriarchy can be.

7. It is a technical masterpiece

Perhaps the most important reason why Fleabag is a masterpiece is that the story is told in a unique manner.

Fleabag has no friends; we, the audience, are it for her. She talks to us like we’re her personal diary, keeping her thoughts and opinions on subjects to ourselves as she navigates the world around her.

Sharing her true feelings with us makes her feel less alone; she breaks the ‘fourth wall’ at every chance she gets, which makes us feel like we’re navigating life with her.

The treatment of the story is irreverent and funny, which can make us feel less crappy about the lives we lead. Fleabag becomes a friend to us, and when we can’t follow her thoughts any longer, we are left feeling incomplete. That is masterful storytelling by Phoebe Waller-Bridge, and we’re here for it.

Fleabag is a wonderful show that has made its dent in the universe of fictional women we love. We may not relate to every single thing Fleabag does, but we empathise with her nonetheless. If that isn’t meaningful storytelling, we don’t know what is.

You can watch both seasons of Fleabag on Amazon Prime Video.