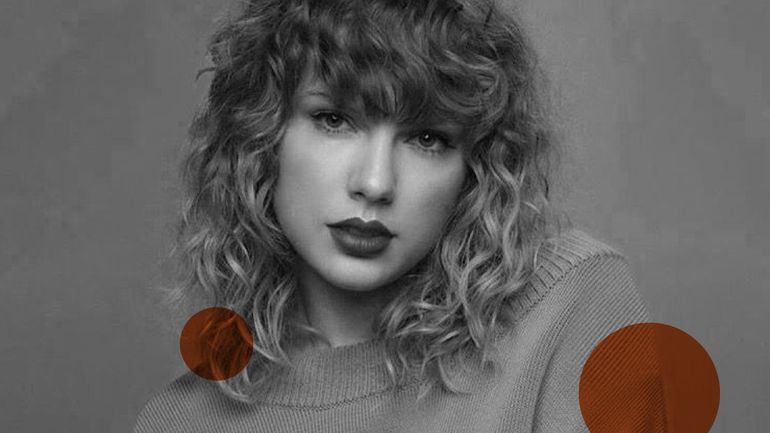 In Kool Kanya’s theme for November﹘Challenging Gender Roles – we unpack the stereotypes and biases that govern women in the workplace.

Last week during Diwali my cousin mentioned how she’d wished to wear lipstick that day but couldn’t find one anywhere at home. “It’s been so long since I’ve worn lipstick now, I don’t even know where I last kept them,” she laughed. I agreed with the sentiment. Makeup, it turns out, had not been a part of my daily unwashed-pajama-girl look during the year of pandemic-induced isolation.

However, as offices and public places were slowly opening up, so were my tubes of lipstick.

After always considering makeup to be something that I did more for myself than anybody else, this realisation made me re-look at my relationship with makeup and beauty. It made me question the need and significance of something like lipstick in my life.

Exploring the power of lipstick through Taylor Swift

As I pondered last week over my confused perspective on makeup and my relationship with lipsticks, I opened Instagram to the news that Taylor Swift would be releasing her album, Red (Taylor’s version), earlier than expected on the 12th of November.

Red, when it had been released in 2012, was an album of heartbreak, loss, disconnect, and ultimately healing. It gave us mainstream breakup anthems like We Are Never Ever Getting Back Together and nostalgic ballads like All Too Well. Red was also an album full of songs that Swift did not own the masters to (thus prompting her to re-record the album now and own the rights to the songs she created).

Despite being an album that chronicles a rather colourless time in a woman’s life, it is also one that, in my mind, is deeply steeped in colour. This is largely to do, I think, with the fact Red as an album, and Taylor Swift as an individual, are something I could never imagine without the iconic red lip.

From the album cover, to every single music video for the album, to the Red tour that followed, Swift donned her signature red lipstick in it all.

The result was the feeling that through all the sadness, loneliness, and grey-ness of the time that Red was based on, emerged a different woman. A woman who had come into her strength, confidence, and desire – a power wielded largely, I believe, by the red lipstick.

This is the same lip colour that, through history, has been scorned as a feminist tactic for ‘terrorising’ and intimidating men, was hated by Hitler and thereby used by Allied powers as a symbol against fascism, and associated with everything from royalty to prostitution. It was also a lip colour used widely as an accessory synonymous with power and strength during women’s rights protests and the Suffrage movement.

With its tumultuous history, it is even more significant that Taylor Swift should choose to own the red lipstick as her signature look. Swift has infamously been called out, ridiculed, and slut-shamed through the years for her romantic life. People labelled her a ‘man-eater’, ‘serial-dater’, ‘loud’, and ‘fake’ for taking inspiration from her romantic life to write her songs.

For a woman being subjected to such deep misogyny and shaming to then go ahead and insist on standing out with a lip colour so deeply entrenched in defiance and desire, is powerful.

Why have I stayed away from ‘loud’ lipstick,  especially at work?

I wore a red lip once to a party. I remember feeling terrific that evening. I felt beautiful, bold, and in control.

The fact is, I think, there aren’t too many avenues in my life, and most women’s lives, where we feel comfortable being ‘loud’, expressive, and bold. Would I wear the lip colour I wore that evening for a walk in my colony? Maybe.

The workplace continues to be a space where women tend to tread lightly. They continue to refrain from speaking up, lest they seem ‘hysterical’; from making demands, lest it come in the way of their career growth, and from occupying too much space, lest the men they’re taking back the space they rightly deserve from complain.

A woman wearing a bold lipstick to work would stand out and take up more space than women think they’re allowed.

The same friends who own a dozen lipstick tubes, add a lipstick emoji at the end of every sassy or empowering message, and who giggled at the recent trending Instagram reel audio that has a man asking a woman why she hasn’t worn her mask and the woman reasoning, ‘Mera lipstick kharab ho jayega’ – said they wouldn’t wear a very dark or very bright lipstick to work.

When I asked them why, they all reflected on it and said they feared they would be thought of as ‘distracting’, ‘unprofessional’, or even ‘intimidating’ and ‘b*tchy’.

A less ‘loud’, more ‘feminine’ lip colour, however, is likely to come off as put-together, pleasing, and even professional.

This probably explains why I never felt the need to open a tube of lipstick when alone during the lockdown. A simple dab of lip balm would give me all the comfort I needed to get through the day or get on a Zoom call.

Now that things are opening up, however, I can’t help but imagine what I could achieve at work if I felt half as powerful, emboldened, strong, and in control at the workplace, as I did that evening when I wore the red lipstick.

As I get ready to revisit Miss Swift’s Red and, by extension, the person I was 9 years ago when I first listened to it, I know I’ll become more aware than ever of how far I’ve come. And the me in 2012 would have definitely hoped that the me in 2021 felt powerful in every aspect of her life.

Maybe it’s time I purchased a new tube of lipstick for work.

Quiz: Pick Your Favourite Outfits and We’ll Tell You Which Iconic Character You Are!