Wonder Woman Not Snow White: Teach Your Daughters To Be A Modern Leader Children begin to identify humans as men and women and use gender pronouns in their speech by the age of two.

They learn a whole lot about the expectations within our binary gender system, even before they step out of their home and begin school. This intensifies for girls as they dial up self-doubt while hopping around the house in a Disney princess dress. By the age of six, they are already buying into the belief that they aren’t as smart as boys.

Most of these biases are unintentionally absorbed through pop culture. The subtle messages they receive from movies, media, and even the most efficient parents and teachers, all chips away the confidence that girls have in their ability to lead and succeed.

Every kid watches cartoons, and it is where the stereotypes start sticking with them. Women are largely consigned to secondary roles of being companions or mothers to the animated heroes and villains. Not only are cartoon women rarely leading characters, but they’re also awash in stereotypes. They are shown to be materialistic, obsessed with their bodies and keen to please other people.

Even in the rare instances when women play the lead, they often embody the worn-out ideas about female characteristics. Disney offers an enormous collection of princesses who lead, yet proves this notion true. Through Pocahontas, we see that not even cartoon women can have what they desire, as she is forced to choose between success and happy life.

In spite of being the protagonist, they only have a third of the dialogues, which gives them less space to voice their opinion. Ariel, the little mermaid herself, literally chooses to be mute forever in exchange for the love of a man.

Kids grasp these subtly communicated concepts and form beliefs that superheroes are boys and princesses are girls. This makes it even more challenging for young women to be seen and accepted as leaders.

Some might argue that with Merida, Mulan and Elsa, these narratives have improved since the days of passive Snow White and submissive Cinderella. However, the messages conveyed through these are not far different from the most conventional Disney stereotypes.

Mulan had to disguise herself as a man to earn the respect of her people. This, in turn, makes a point that woman should act and look like a man if she wants to lead. Elsa plays an ambiguous leader when she withdraws into a solitary world after her emotions overpower her responsibilities to lead the kingdom.

Tipping the Balance: The Call For An Equal Workplace For Women

This sounds like a vague, overthought analysis of children’s movies that were a part of our lives at some point. But the subtle messaging matters, as it has a deep-rooted impact on young women.

The more girls identify with ‘princess culture’, the more they exhibit patterns of behaviour that correspond to female stereotypes suggesting that beauty, charm and obedience are women’s most valuable assets.

Recognising that female leadership is inaccurately represented in our society doesn’t mean that children shouldn’t be exposed to these pop culture elements. It’s okay for a girl to play a princess, as long as she can also kick around a soccer ball, build things with nuts and bolts, or play the drums.

It is your responsibility as a parent to make sure that your daughter has the tools to explore her potential and build the confidence to live up to it. Talk to her about the meaning of what she sees around her to ensure that she understands that princesses are just one kind of role model, and there are more like the mighty Wonder Woman.

Here are a few other things you can do to install an abundance of confidence in your little lady so that she can grow up to lead her way to her goals. Use these pointers to make sure you are a good role model for your daughter and she grows up to be a strong and happy person.

Redefine Leadership With Your Daughter

The problem with our current narrative on leadership is that it feels stressful. When we think of leaders, we think of people who have changed the world. What we need to do is redefine leadership on a girl-size scale. Your princess can lead any kind of way she pleases.

She can volunteer to be a monitor at school, host a craft sale to raise money for a cause, start a homework club or a book club. The options are endless. All you have to do is present to her the right perspective of leadership and give her the time and space to come up with a plan.

The word ambition is perceived as a negative when ascribed to a woman, not to a man. Encourage her to embrace ambition as a strength and set higher aspirations. Cheer her to think big about what she wants to do. Likewise, you must be careful not to let your own unmet aspirations dampen the dreams of your daughters.

Let’s Do Moms A Favour And Stop Calling Them ‘Superwomen’

Encourage Your Daughter To Take Risks

From a young age, boys engage in more risk-taking behaviour than girls. While one could argue that girls are simply more sensible, the supposed ‘delicateness’ of girls hinders the development of risk-tolerance and weakens their resilience to bounce back.

In the workplace, this translates into a lack of confidence to voice opinions, pursue promotion and negotiate salary. No matter how cautious your daughter is, encourage her to take risks. Help her through risking small failures, which will push her to the courage to take on the bigger challenges.

Teach Your Daughter To Be Kind, But In Moderation

In our effort to please others and to avoid hurt feelings, girls often become too nice for their own good. Assertiveness in them is often perceived as bossiness. Despite the notion, teach her to stand her ground, set boundaries and assert them when situations call for it. Ensure that she has the confidence to speak her opinion without feeling the need to apologise.

Encourage Your Daughter To Be Bold And Demand Her Worth

Girls often settle too fast, for too little, for too long, which adds to gender inequality. Passively waiting for due recognition, promotion or raise will set her up for less financial security compared to a man. Teach her to be brave. Encourage her to take responsibility for letting others know what she wants, by asking for it. Make her practice projecting her voice and speaking with confidence.

Be extra vigilant to help her understand that her intellectual and emotional worth is not defined by the shape of her body, the brand of her bag, test scores, or social media connections.

Most powerful women in the world are those who hold themselves in their power and embody that women are every bit as capable of changing the world as men.

Teach Your Daughter To Address Self-Criticism

Don’t dismiss the self-criticism when she verbalises her inner thoughts. She needs you to hear it out, empathise, and help her to learn self-compassion, instead. Teach her, to flip the negatives into positives by evaluating her inner thoughts. 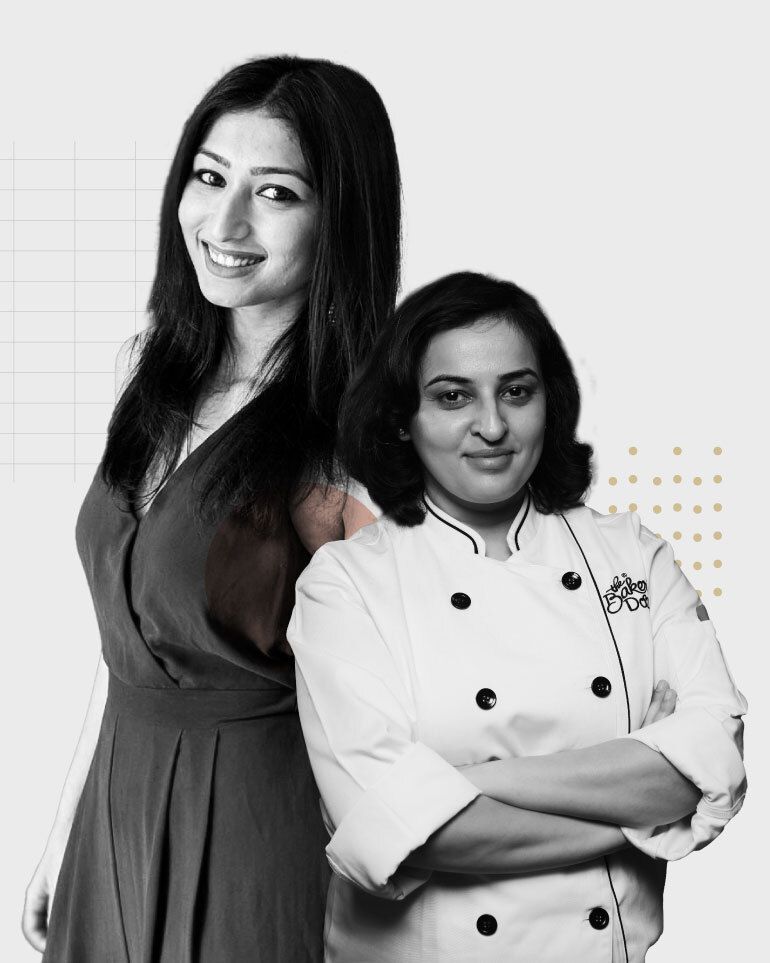 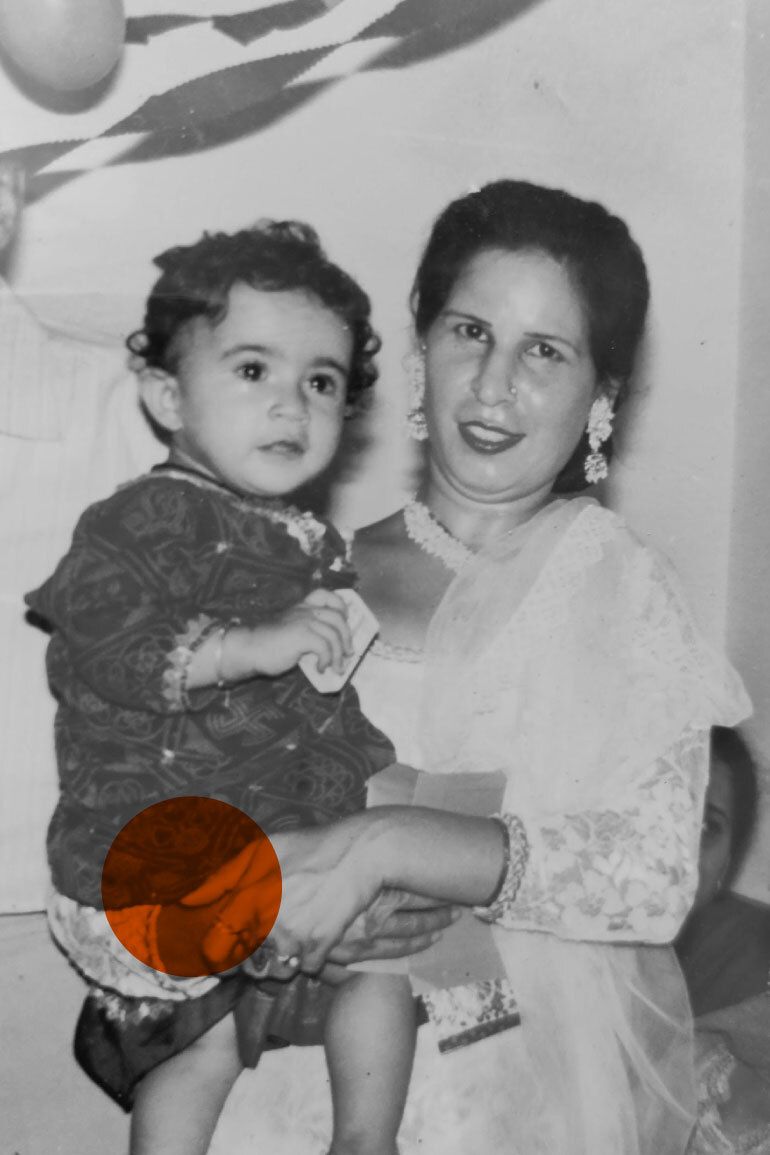