Work it: 9 TV shows we love that celebrate working women 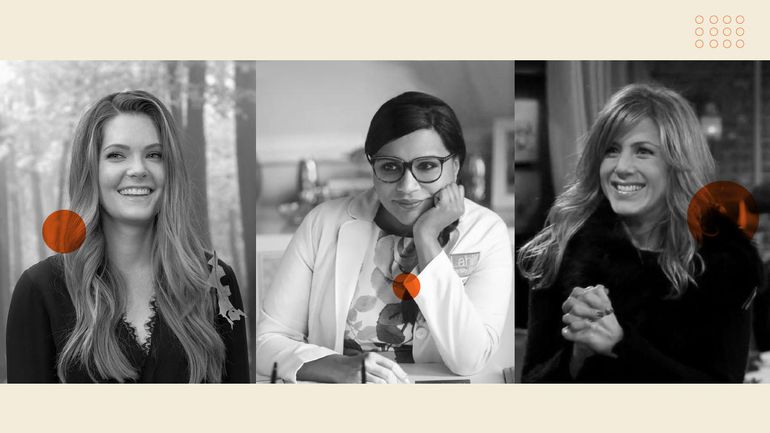 If I had a penny for every time I saw a female character playing the manic pixie dream girl on screen, I’d have enough money to fund my own female-led show. But lucky for us, things are changing.

Whether it’s Game of Thrones or Brooklyn 99, TV and film have come far with their representation of women. It isn’t uncommon to see strong, complex female characters now, and frankly, we’re here for it. A part of this authentic representation is – wait for it – female characters with actual jobs and careers (yes, that’s how low the bar is). Sure, we’d love to see female characters finding love, making mistakes, learning from them, and living their best lives, but it’s so much better to see them having fulfilling careers alongside it.

So, without further ado, here are some TV series we’ve loved for their representation of the working woman. Aspiring writers, please take note!

The Bold Type is a show that not just showcases working women but also celebrates them. So many of us have seen ourselves in Jane, Kat, and Sutton, which is why the show is so wildly popular. From boy troubles to body troubles to career troubles, The Bold Type has represented many of our ‘girly’ problems in a mature and empathetic way. It’s a show we can come home to, because it understands us without judgement. Go, representation!

Long before we had Kat, Sutton, and Jane, we had Christina and Meredith. Grey’s Anatomy has been around for over a decade, and we still can’t get over its representation of working women (as doctors, no less). They work, they laugh, they cry, they get angry, and they get back to work. They adore their partners just as much as they love their jobs. They’re imperfect, they’re authentic. And we stan authenticity!

3. How to Get Away with Murder

Viola Davis’ award-winning role as Annalise Keating, a professor of law, defies the notion that womens’ stories are best suited for sappy dramas. How to Get Away with Murder is a fast-paced legal thriller that is all sorts of amazing, partly due to Annalise’s badassery. For all the mystery and crime fans out there, don’t miss out – this show (and Viola’s performance) will keep you on the edge of your seat.

We know, we know. The show hasn’t aged too well and has its share of problematic moments, but we cannot discount the fact that some of the characters have shown phenomenal growth through the series. Rachel Green, a spoiled, rich brat starts off with no money or skills, and ends up becoming the career woman we root for. Over 10 seasons, we see Rachel go from a trust-fund baby to a successful executive, all through her own hard work (and unconditional support from her friends). We love a good character arc!

There are very few sitcoms that tackle pressing social issues with nuance and care. One Day at a Time is one such show – the story of a Latin-American family helmed by a single mother, Penelope Alvarez, who is an army veteran. Aside from the wonderful characters (love you, Rita Moreno!) and hilariously relatable moments, the show explores complex subjects such as sexism, homophobia, gender identity, and mental illness from the perspective of different generations.

One Day at a Time portrays the difficulties of a single mother trying to go back to school to earn a degree (a dream she had put on hold). It’s no surprise that this show has received the acclaim and award nominations it did!

Imagine a thriller, a sappy drama, and a romantic comedy on steroids – that’s what Jane the Virgin is all about. Jane, a 23-year-old waitress and soon-to-be teacher is raised with the notion that a woman’s virginity is her most valued possession. Things take an unlikely turn when she is accidentally artificially inseminated, which gets her pregnant. Touching upon subjects such as virginity and religion, masculinity, motherhood, and more, Jane the Virgin places great importance on choices women have to make in their lives.

Perhaps the best storyline in the show is Jane’s desire to become a writer, and her drive to make it work as a young mother.

We don’t know a single person who doesn’t love Brooklyn 99! But aside from the comedic gold that the show is, what we love is how empowered and driven the female characters are.

Whether it’s the over-competitive Amy Santiago or the edgy Rosa Diaz, Brooklyn 99 does justice to both. Amy goes on to become the youngest Sergeant of the precinct, and Rosa helms several investigations and manages them with incredible courage. No matter how different the female characters are from each other, Brooklyn 99 gives each of them a space so important, the show would be hard to imagine without them.

The Mindy Project is a light-hearted sitcom that is helmed by Mindy Lahiri, a successful OBGYN who is also a silly, clumsy, and immensely relatable millennial woman. Her desire to start her own business and gradually getting there is an enjoyable watch, as are the other characters that make the clinic one hell of an entertaining place. If you loved watching Mindy Kaling in The Office, you’ll love The Mindy Project – it’s written by Kaling herself!

Younger is the story of Liza Miller, a 40-year old single mother who decides to get back into the workforce after a hiatus. After getting rejections from several jobs owing to her ‘lack of experience’ (read, age), Liza decides to lie about her age to get the job in her desired field of work – publishing. The story unfolds as she gradually comes to terms with having younger colleagues, making herself more ‘hip’ and up-to-date, all while concealing a lie that could change everything. Younger provides an interesting take on ageism and sexism in the workplace, which makes it an interesting watch.

As much as we love binge-watching sitcoms and dramas, what we love more is an honest, nuanced representation of women. These are some of the many wonderful shows we have seen. What are some of your favourite shows to watch? Tell us in the comments below. Quiz: Which Popular Female Character’s Career Would You Have?