Mare Of Easttown Review: A Show Helmed By Loss, Love, And Layered Women 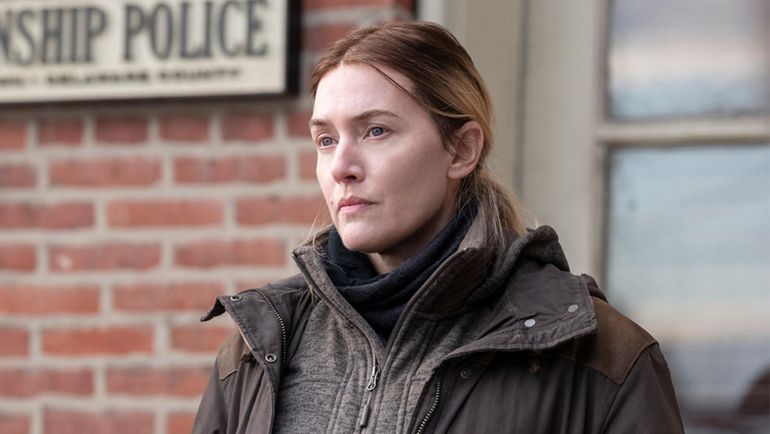 My issue with murder mysteries and whodunits in TV  shows is that I’m almost always able to guess ‘who has done it’ too early on, leaving me with a couple of episodes of slow marching to sit through, only to ultimately be proven right during the big reveal (you never want to be proven right in these things).

Mare of Easttown, the new HBO original series, wasn’t an exception in this regard. I seem to be in the miniscule minority of people who guessed at the plot twist a couple of episodes prior to the reveal. What was an exception, however, was how being in the know didn’t make the show any less watchable – a true testament to the characters and world the show has built.

Mare (Kate Winslet) is a police detective in the titular town of Easttown, where everybody knows everybody, most police work seems to involve intervening in familial disputes or petty crimes, but where bad things start happening to young girls.

The limited series has echoes of several detective shows that have come before it, primarily in its protagonist itself. The tough talking, alcohol-swilling, hard-bitten and largely unsociable Mare is reminiscent of so many cops and detectives that have come before her – most of them projected to be the ‘tortured genius’, and a majority of them male. (Sacred Games, Broadchurch, River, True Detective, Luther, Shetland, are a few that come to mind.)

Even when embodying the stereotypical male detective, there’s something quintessentially feminine about Mare and the show on the whole.

The show begins with us being made aware that a teenage girl, Katie Bailey, has been missing for over a year, and that Mare is the assigned detective on the case – something that has clearly been eating away at her. Another young woman, Missy, goes missing as the show progresses. One morning, the corpse of a third young teenager, Erin, is found splayed out in a creek.

The foundation of darkness and need for justice, then, is set through this unsettling loss of femininity and innocence in their early bloom.

Justice is demanded through women like Katie’s mother, who grieve privately and rage publicly against the police’s incompetence. Justice is served through Mare, who is assigned to investigate the three cases, and works on them with a fervour that is both painful empathy and angry determination.

Mare, — a grandmother to her deceased son’s child and a mother to a teenage girl, — through the smoke of her nonchalant vaping, baggy clothes and hardened exterior, inevitably brings to her work a deeply maternal and purely feminine rage.

It’s clear that Mare uses her work as a form of escape.

Instead of allowing herself to sit with her grief and bereave with her family after her son’s death, Mare focuses on taking care of her grandson and immersing herself into her work.

For Mare, however, her police work is more than just an escape– it’s a way for her to do the right thing. To do her duty, to save someone else’s child, and to assuage someone else’s grief.

Through the trauma of her son’s death, her consequent divorce from her husband, and raising her grandson while dealing with the possibility of losing custody over him to his unstable mother, Mare’s work is what helps her endure.

Maybe, to an extent, that’s okay. Mare acknowledges that she has an obsessive need to work. She knows she’s good at it, and holds on to it like an anchor keeping her afloat.

Mare’s work-life balance isn’t perfect, but it’s what she needs at the time.

The Debate Over Mare’s Decision At The End, To Do Her Job

There is some debate online over Mare’s decision to arrest the murderer at the end.

(There are veiled spoilers in the next para) Erin’s murderer turns out to be someone Mare loves, and whose arrest would hurt other people that Mare loves. Though deeply pained, Mare chooses to do her job and arrest the murderer, causing rifts in her personal relationships.

While most viewers believe that Mare did the right thing, a lot of viewers have also been wondering if she should have done things differently out of respect for her personal relationships and sympathy.

The debate, I think, wouldn’t exist if the detective was a man.

It still shocks us to see a woman choose to exercise her power and pick doing her duty over blind compassion and empathy.

Mare of Easttown doesn’t bring anything particularly new to the genre. What it does do is offer a case study of a loving but often unlikeable, strong but fallible woman. It explores how people are affected by and work through periods of trauma. It reels you in with the murder and the mystery, and leaves you with unexpected emotions to ruminate on.

Mare of Easttown, ultimately, made me like a whodunit show, simply by being about so much more just that.

Mare of Easttown is available to stream on Disney+ HotStar.