This documentary introduced us to Sima Taparia before ‘Indian Matchmaking’ 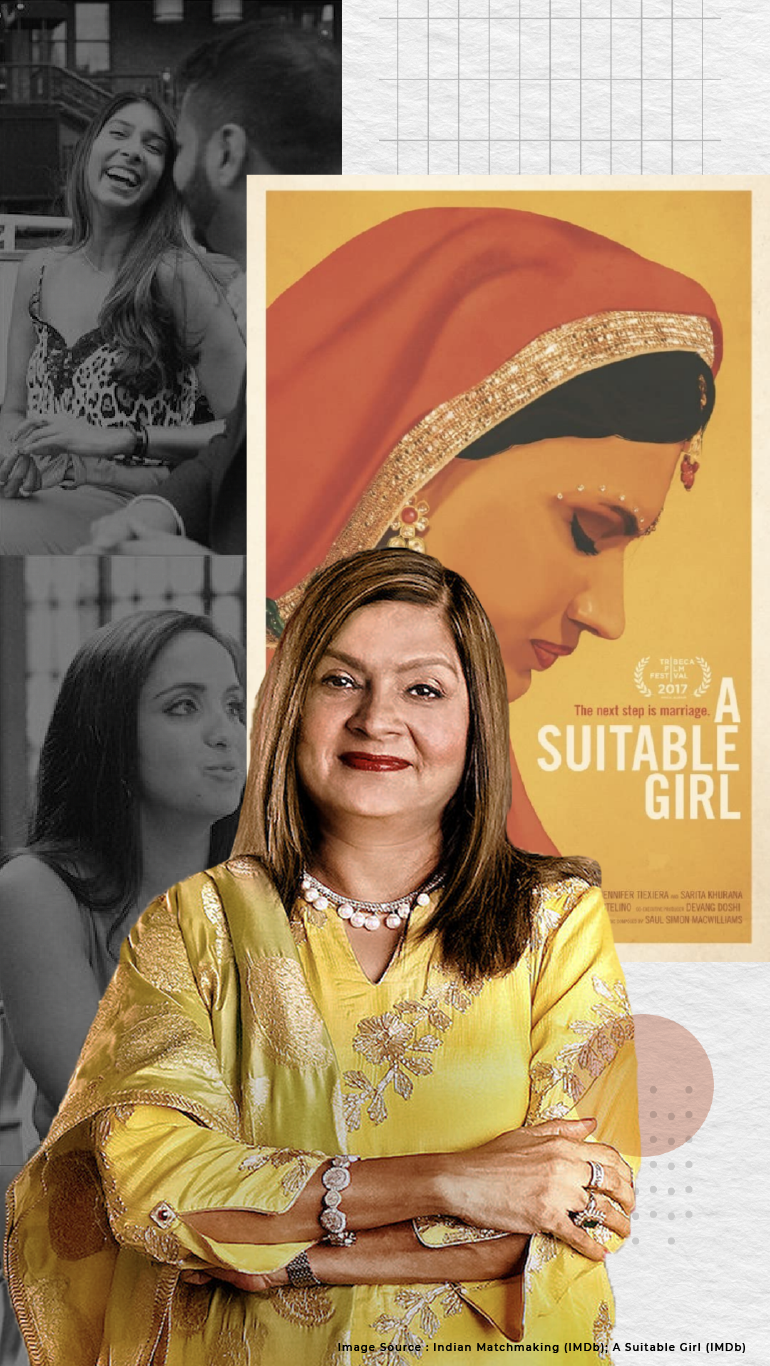 In ‘A Suitable Girl’, Sima Taparia is seen struggling to find a match for her daughter, Ritu.

In 2020, the first season of Indian Matchmaking released on Netflix and became an instant hit. With all the ups and downs and drama of a reality TV show, we were hooked. But what the show also gave us was a household name – Sima Taparia, the matchmaker whose task was to get eligible Indian singles married to someone within their community.

Showcasing the calculative nature of arranged marriages, a majority of the criticism of the show was concentrated on Taparia. The audience largely found Taparia to be narrow-minded with opinions that we as a progressive generation consider problematic.

Her belief was that those looking for companionship should learn to ‘adjust’ and ‘compromise’, and this was often directed more towards the women in the show.

Several prejudiced notions were discussed, but the show retained its entertainment value for the audience. Netflix is gearing up for the release of season 2 of Indian Matchmaking on August 10.

But did you know that this isn’t Taparia’s first tryst with the camera?

Called A Suitable Girl, the documentary followed the lives of three young working women – Dipti, Amrita, and Ritu – each struggling with the pervasive and convoluted nature of marriage.

Co-directed by Smriti Mundhra (who has also created Indian Matchmaking) and Sarita Khurana, the documentary unpacks the phenomenon of marriage in India, which is heavily skewed against women – it is a journey rife with compromise and adjustment, which often affects a woman’s sense of self and identity.

For every meme-worthy dialogue in Indian Matchmaking, A Suitable Girl is a reminder that there is a harsher, less funny reality closer home.

For every Aparna who doesn’t wish to settle for just anyone, there is a Dipti who wants nothing more than to be married so she can experience love like everyone else.

For every strong, independent woman who wants to live life on her own terms, there are countless other strong women who must negotiate their independence for the sake of marital harmony.

Ritu, one of the women in the documentary, is a successful young professional working at Ernst & Young. She is introduced as the daughter of Sima Taparia, a marriage consultant based out of Mumbai.

Ritu has her own plans and dreams, but they are often curtailed by Sima, who wishes she were more like her. Referring to her mother as a socialite, Ritu expresses that she feels pressured into marriage.

Sima’s struggle to find Ritu a suitable match is apparent even more so because she does it for a living. Sima subscribes to age-old notions and puts her daughter through the ordeal. Though Ritu settles for a match from Dubai, it is not all rosy. The compromises of an arranged marriage will have just begun.

As the second season Indian Matchmaking looms in the air, we are reminded of the privilege the cast comes from. Before you get set to binge watch season 2, take a moment to watch A Suitable Girl. The stories we see are the stories we’ve heard before – it will make you feel for the women in the film. And as for Sima Taparia, we hope for everyone's sake that this season is about more than just compromise and adjustment.

‘Indian Matchmaking’ and ‘A Suitable Girl’ are available to watch on Netflix.