‘Darlings’: Why are the men angry about a story on domestic violence? 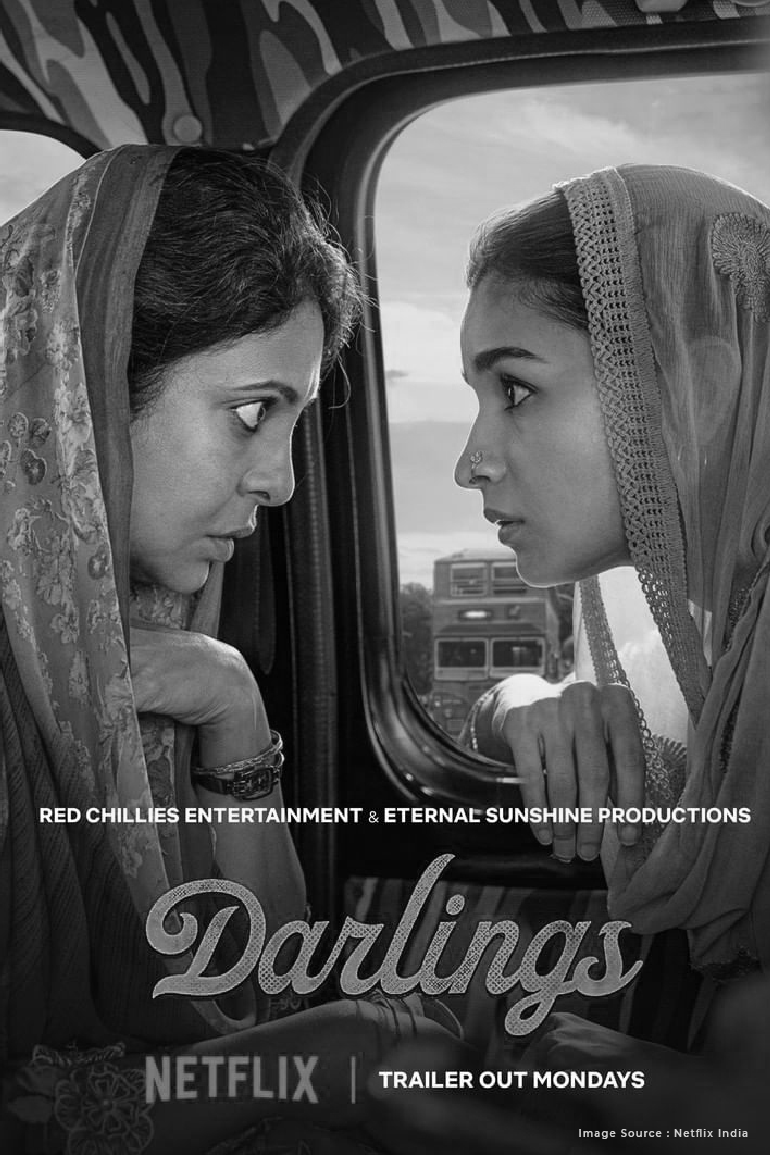 Films around social issues are having a moment in the Hindi film industry.

The likes of Toilet: Ek Prem Katha, Padman, Chandigarh Kare Aashiqui, Jayeshbhai Jordar, and the upcoming Akshay Kumar-starrer Raksha Bandhan – though entertaining and even necessary – have been critiqued for working with a similar template, following the same trajectory: a protagonist arises amidst a crowd of people indulging in a social evil and toils to change society’s outdated perceptions of it. There are these films, and then there’s Jasmeet K. Reen’s directorial debut, Darlings.

Produced by Alia Bhatt, its makers call Darlings a ‘dark comedy’. It is the story of Badru, a woman tired of her husband Hamza’s incessant drinking and abuse, who tries to get him to mend his ways. But when the abuse threatens her life, Badru decides to seek revenge with the help of her mother.

Finally, a plot that strays from the template. Except that it met with some controversy.

Two days before the release of Darlings – in which Bhatt plays Badru – Twitter was ablaze with the trending hashtag #BoycottAliaBhatt. The tweets under it criticised the makers of the film for ‘glorifying male domestic violence’.

The feminists who are defending #DarlingsOnNetflix have proved that they don't want to fight against crimes. They just want to reverse the roles and want victims to indulge into crimes by ending their innocence. hence , keeping no difference between them and their perpetrator.

One of the tweets that followed even compared Alia Bhatt to Amber Heard, the Hollywood actress who recently lost a defamation suit against her ex-husband, actor Johnny Depp. Heard had accused Depp for abusing her during the course of their relationship in an open letter published in The Washington Post.

Thousands of male victims of domestic were traumatized after watching the trailer of Alia Bhatt's movie #Darlings.

Now, they are now calling for boycott of Alia Bhatt's films. #BoycottAliaBhatt

The comparison between Heard and Bhatt is another can of worms to open, so let’s go back to the backlash. Granted that the audience had watched only the trailer – which openly stated that the film was a dark comedy – the glorification of male domestic violence was a tall claim to make. What seemed like a welcome change in the social commentary category was misconstrued as promoting violence. Against men, no less.

Here’s a question we need to ponder over: Do we criticise women’s stories differently than men’s stories?

In 2017, Game of Thrones, a critically and commercially acclaimed HBO series, found itself in hot water during its premiere of season 5. Though known for its gritty, barbaric take on the human condition, one scene in particular drove the audience to protest – Sansa Stark, a beloved character in the series, was raped by her husband, Ramsay Bolton, while Theon Greyjoy – held captive by Bolton – was forced to watch. It was a way for the makers to stress on Bolton’s unstable and destructive nature, making it an important part of the story line.

This was also a pivotal moment for Sansa, who changed dramatically and realised the world around her wasn’t as rosy and beautiful as she had grown up believing. Then, she began plotting her revenge. To symbolise the effect of this traumatic event, Sansa started donning darker clothes and wore her hair straight.

The makers were criticised for using rape as a tool to push the story forward and make it an important part of Sansa’s character development.

Some publications called it 'artistically unnecessary', and a popular feminist zine, The Mary Sue, stopped covering the show altogether in protest. The makers defended their choice, stating that the show depicts the best and worst of humanity, with this being the worst of it.

In 2014, George RR Martin addressed the show’s obsession with sexual violence. In an interview with The New York Times, he said: “Rape and sexual violence have been a part of every war ever fought, from the ancient Sumerians to our present day.” But why are the victims always mute?

A fan analysed the number of rapes depicted in the series versus in the books. There were 50 in the series (at that point in time), and 214 in the book. But the only women who talk about their rape are the villains – just two women in the book. The nameless women are nowhere to be seen, let alone heard.

If men’s stories need sexual violence to depict the harsh reality of life – where, incidentally, the victims disappear after the act – why is the thought of killing one’s perpetrator wrong?

Badru is a victim of domestic violence. Hamza threatens her, controls her whereabouts, and physically abuses her when she makes a mistake. He goes so far as to cause her miscarriage. But she cannot escape her marriage, even though her mother, Shamshu, knows of her situation, because divorce is not an option.

As is depicted in Darlings, women like Badru cannot get out of these unfortunate situations because they are financially dependent on their husbands.

Many parents refuse to take their daughters in from the fear of divorce bringing shame to their family. Women like Badru are thus stuck in an infinite loop of trying to fix their husbands and bearing their wrath if they overstep.

What can a woman do when she has no way out of a damaging, life-threatening situation? She wishes to get rid of the source of the problem.

Darlings does the opposite of glorifying domestic violence – it shows us the stark reality of it. Women don’t always feel victimised; many of them even believe they will have fulfilling relationships, and consider the violence a hiccup in the marriage. And some even consider inflicting violence back, because it can be a natural reaction to living in a claustrophobic, controlling atmosphere.

Darlings showcases violence from the perspective of the victim, and finds moments of humour in it. It gives the victim the stage instead of making her disappear into the background and marking her existence with it.

Jasmeet K. Reen’s directorial debut has its flaws, but it is a film that will keep you on the edge of your seat. The instances of violence are visceral; any victim of sexual violence will concur. It depicts the complex nature of abuse and how it can be passed down from woman to woman, owing to the fact that it has been normalised. It takes a grim subject and infuses it with lightness. It refuses to show Badru as a mere victim; she is a whole, complete person despite what she went through.

It’s a great time to rewrite stories monopolised by men and lend them the female gaze.